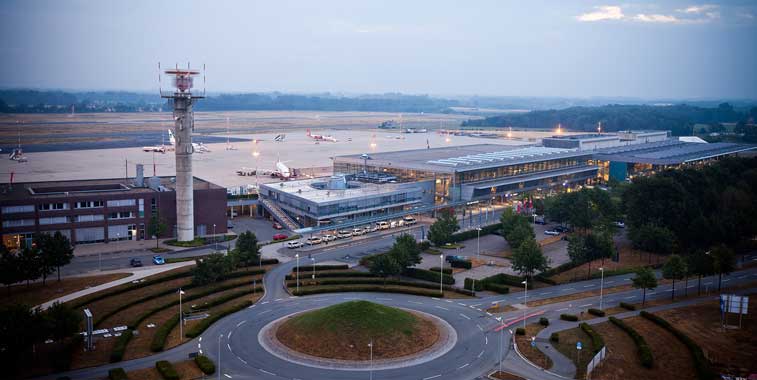 Münster/Osnabrück is an international airport located in the northwest of Germany between the cities of Münster and Osnabrück and has the IATA code FMO. It is one of the few airports in Germany that is open 24 hours a day, seven days a week, 365 days a year, without night curfews and slot restrictions. This offers airlines full operational flexibility which is clearly a unique selling point in the most populated area in Germany. Münster/Osnabrück has an attractive, unique, catchment area being the closet airport for 3.2 million inhabitants, while there are 9.5 million people within a 90 minute drive time. Since the catchment reaches into the eastern part of the Netherlands, Münster/Osnabrück has been attracting a growing number of Dutch passengers. Its catchment is home to a diverse international population, with large communities from Turkey and countries in Central and Eastern Europe. There is a strong local economy which supports medium-sized and large companies in the manufacturing and service industries.

Münster/Osnabrück enjoyed the strongest percentage growth in traffic among German airports in 2017, as passengers grew to 970,000 (+23%). The one million mark was surpassed in 2018, as traffic increased to 1,026,000 passengers (+6%). Following Germania’s insolvency in 2019, airlines have seen the attractiveness of the market and filled gaps in the network quickly. In a short period of time, the majority of traffic has been recovered. Corendon Airlines decided to base one aircraft and operate a variety of leisure and visiting friends and relatives (VFR) routes. In addition, current airline partners like SunExpress, Laudamotion, Eurowings and Bulgarian Air Charter have launched new routes and increased frequencies on exiting services.

The airport’s current network covers about 20 destinations with routes to Lufthansa’s Frankfurt and Munich hubs, a scheduled, domestic business link to Stuttgart, and a variety of leisure services to Spain, Bulgaria, Greece, and Egypt, plus leisure and VFR connections to Turkey. The number one route by annual passengers is Munich, with Lufthansa set to offer more seats on this service in 2019 by deploying larger aircraft on some flights.

To capitalise on its current momentum Münster/Osnabrück Airport is seeking to expand its network further by targeting the following connections: 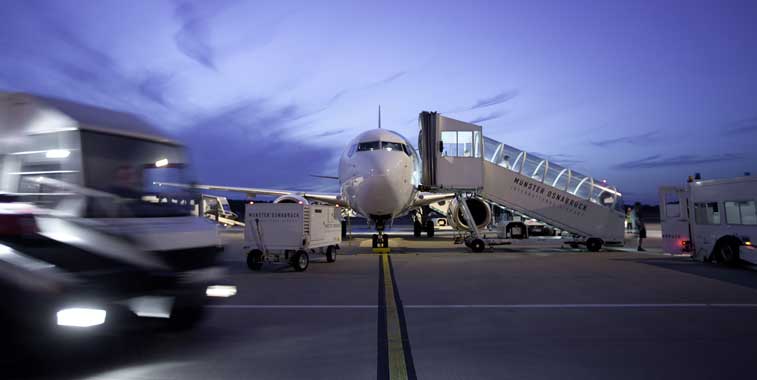 Münster/Osnabrück is one of the few airports in Germany that is open 24 hours a day, seven days a week, 365 days a year without night curfews and slot restrictions. It is targeting more links to hubs and European city destinations along with more leisure operations to the likes of Portugal, Spain, Italy and Croatia.