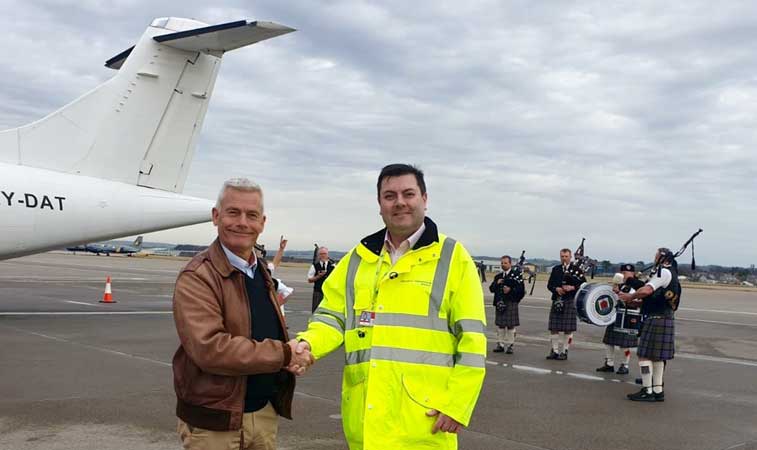 Aberdeen welcomed a new carrier to its departures boards on 25 February with the arrival of Danish Air Transport. The carrier will offer four weekly services from Esbjerg. Celebrating the news on the apron were Captain Jesper Rungholm, CEO and owner of Danish Air Transport, and Steve Szalay, MD, Aberdeen Airport.