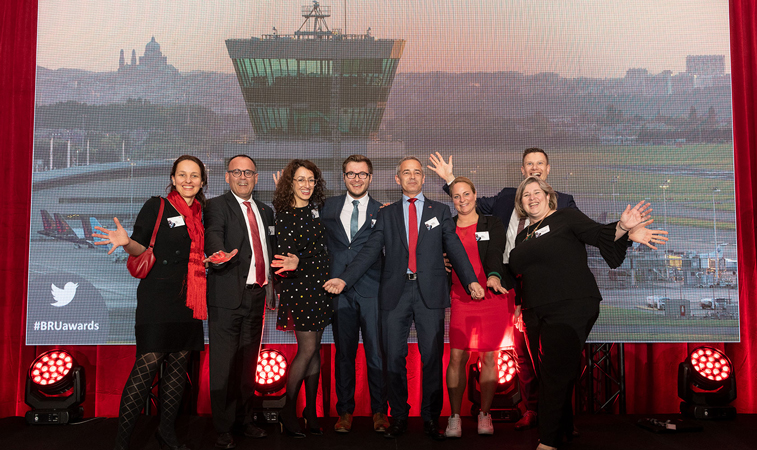 On 27 February, Brussels Airport hosted its annual aviation awards ceremony, the 12th time that it has hosted the prize giving evening. The airport bestows these awards to honour those airlines and partners that have distinguished themselves over the preceding year in terms of network and cargo development, environment and safety, and punctuality and performance. The evening also proved to be a great networking event, with all of the airport’s partners able to mingle and talk developments for the coming year. To celebrate the awards even more, Brussels Airport invited anna.aero to be part of the evening’s festivities, with Aviation Development Editor Jonathan Ford flying to the Belgian capital to take part.

Before revealing the identity of the award winners, here is a background summary of the developments that took place at Brussels Airport in 2018. The Belgian hub welcomed 25,675,939 passengers, with this representing a 3.6% increase versus the levels it processed in 2017. Looking at the cargo sector, the airport in total, across belly, full freighter, trucked and integrator cargo operations, processed 731,613 tons, with this representing a 5.8% increase in cargo handled in 2018 versus the previous year. The master of ceremonies for the evening’s awards presentation was the airport’s Head of Aviation Development, Léon Verhallen, who was also joined on stage by the hub’s Head of Cargo & Logistics, Steven Polmans, as both introduced the airline and supply chain nominees and winners of the night. 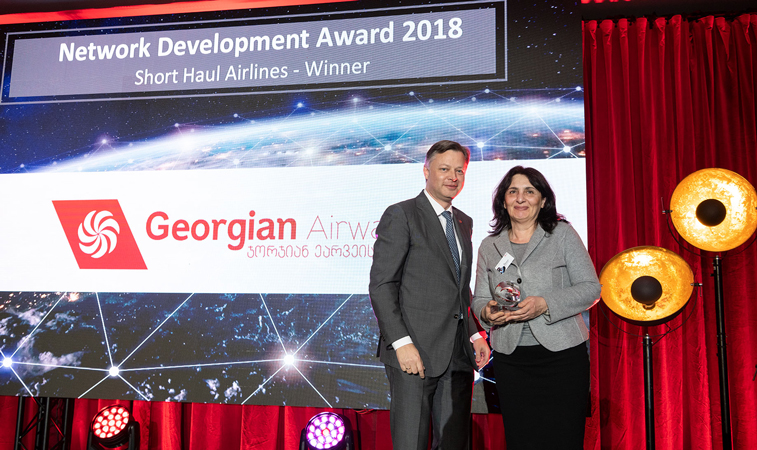 One of the two winners of the Short-Haul Airline Network Development Award was Georgian Airways, a carrier which inaugurated a twice-weekly service from Tbilisi in 2018. Arnaud Feist, CEO, Brussels Airport, presented the award to Lia Kevkhishvili, Country Manager, Georgian Airways. A third weekly flight will be added in S19. 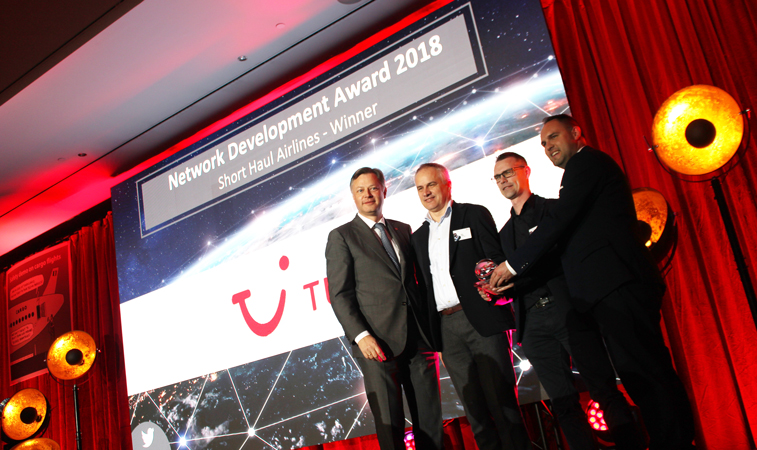 TUIfly was the second winner in this category, given for its many short-haul developments in 2018. Arnaud Feist, CEO, Brussels Airport, presented the award to the company’s: Erik Follet, Director Flight Planning Belgium & Netherlands; Steven Piessens, Head of Commercial & Operational Planning; and Dieter Bruneel, Ground Operations Director.

This year, the award for short-haul airline network development was won by two airlines. Georgian Airways was one of the winners, being presented with the prize for the commencement of a twice-weekly service from Tbilisi, while the other award-winner was TUIfly, with it being handed the trophy for the further expansion of its holiday flight network from Brussels Airport to new destinations including Kalamata and Lesbos, while the airline itself also saw passenger growth from the airport in excess of 10% in 2018. The other nominees in this category were Air France, Brussels Airlines and Iberia. 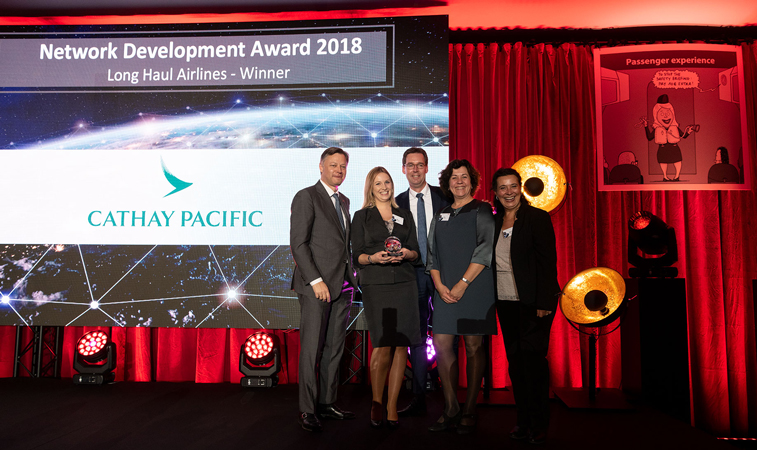 Since the summer season of 2018, Cathay Pacific Airways has operated a four times weekly service from Hong Kong using their state-of-the-art A350-900s, with the service being a year-round operation. Other nominees in this category at this year’s awards were: Ethiopian Airlines, Hainan Airlines, RwandAir and TUIfly, with Ethiopian Airlines going non-stop to Addis Ababa, Hainan Airlines opening direct flights from Shenzhen, RwandAir expanding its passenger numbers to Kigali, and TUIfly adding more long-haul leisure destinations to its network from the Belgian capital. 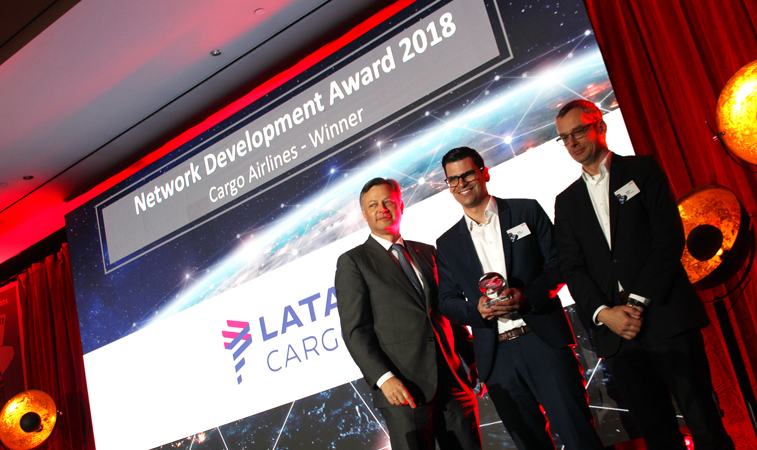 LATAM Cargo launched new cargo flights from the South American continent via Miami to Brussels Airport in 2018. The other nominees in this category were Asiana Airlines, Avianca Cargo, DHL Aviation and Turkish Airlines. 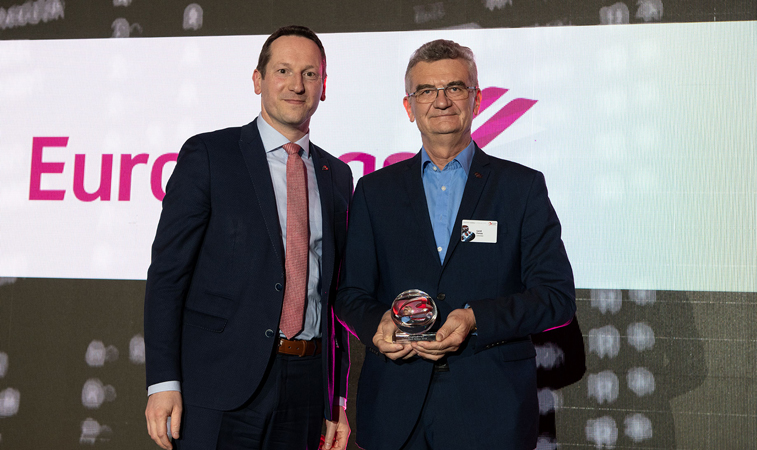 Eurowings was the most punctual airline in 2018, with an on-time performance of 86% for its three daily flights to Stuttgart. Eurowings also operated flights to Berlin Tegel and Salzburg in 2018. The other most punctual short-haul airlines were Aeroflot, Iberia, Finnair and KLM. 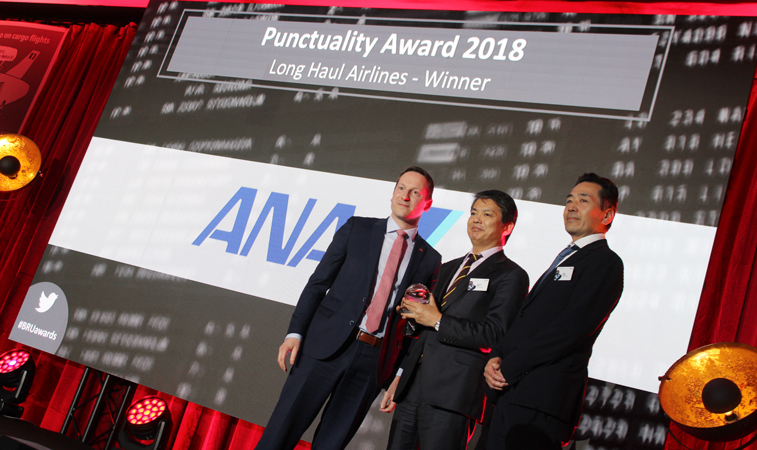 All Nippon Airways was the long-haul flight winner for the second consecutive year, achieving an on-time performance of 88% for its daily flights to Tokyo Narita in 2018. The other nominees in this category were Emirates, Etihad Airways, Qatar Airways and Thai Airways. All Nippon Airways has served Brussels since 25 October 2015, with it operating the route today using 787-9s, upgraded from the 787-8s that were used during the first few years of the route’s operation. 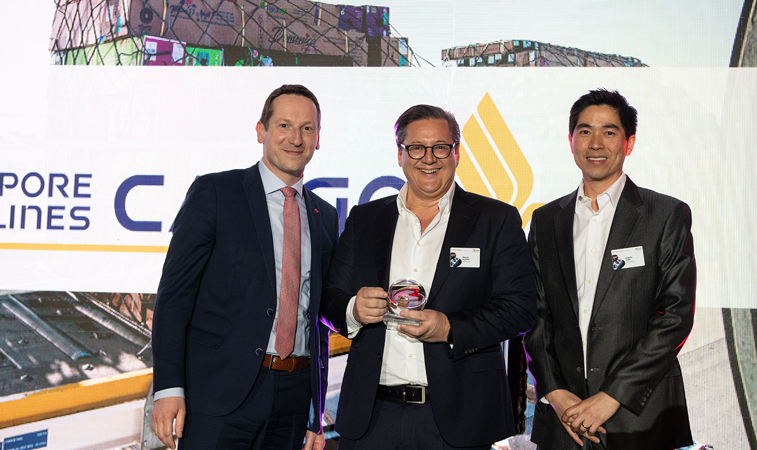 Singapore Airlines operates an extensive network from Brussels Airport to America and Asia. The other nominees in the category were Asiana Airlines, Avianca Cargo, DHL Aviation and Turkish Airlines. 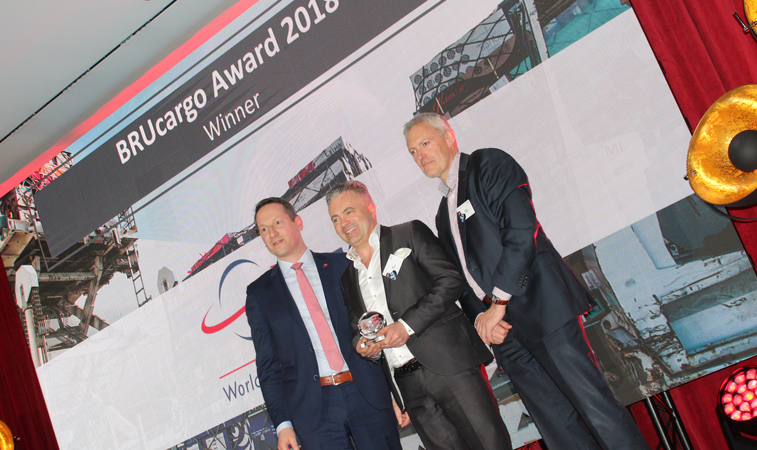 Worldwide Flight Services (WFS) pursued an open and constructive collaboration with the airlines and invested in new state-of-the-art facilities last year, with its investment landing them the BRUcargo Award for 2018. The other nominees were Brinks, Brussels Airlines, Nallian and YAN – Young Airfreight Network. 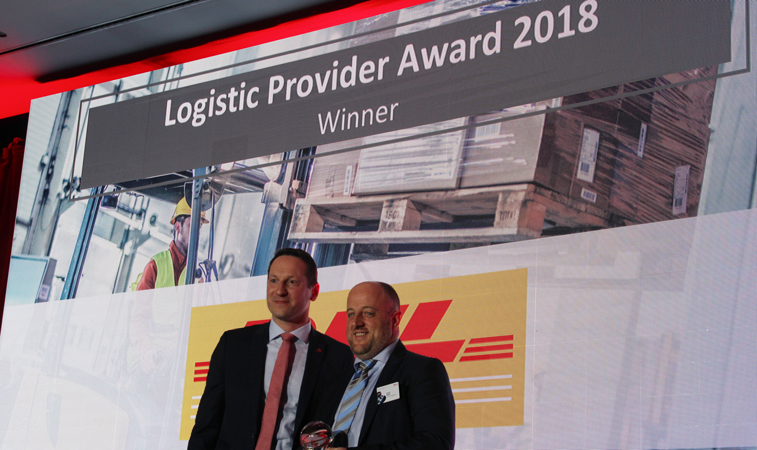 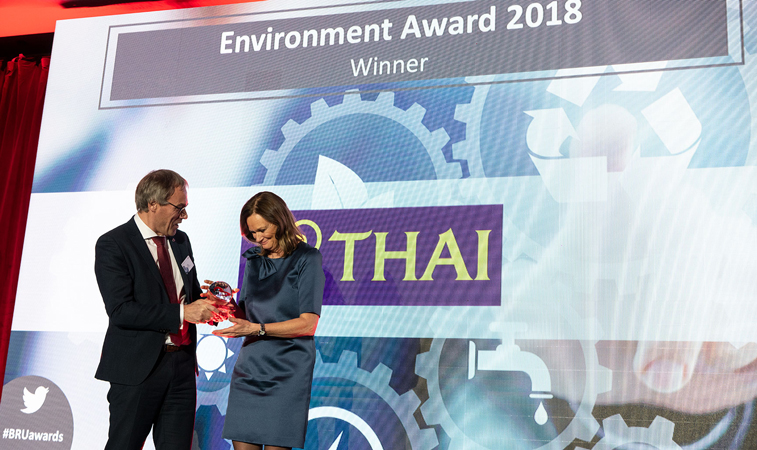 The award was presented by Lode Ketele, Director Compliance & Operations Continuity, Brussels Airport to Christel Vandenhouten, Head of Sustainable Development, Brussels Airport, who collect the award on the airline’s behalf. Unfortunately, Thai Airways representatives were called back to the office due to the Pakistani airspace closure and its personal customer orientation to inform and re-book passengers.

Thai Airways International bagged this year’s environment award in recognition of its modern A350-900, which flies to Bangkok five times a week, and has the best per passenger performance in terms of noise and emissions. 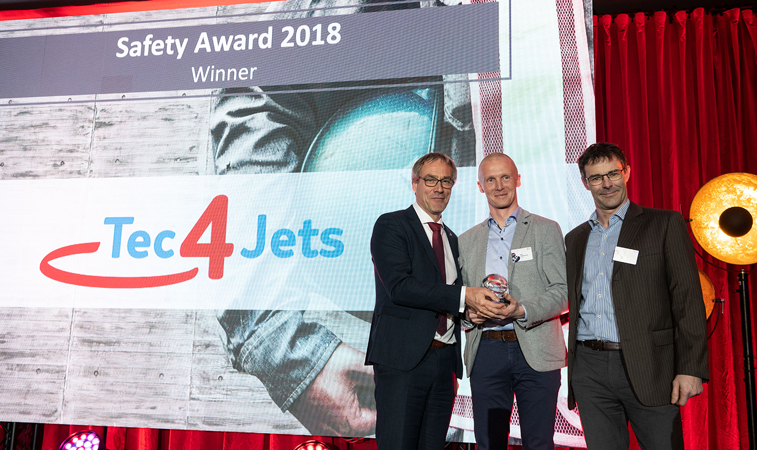 Tec4Jets demonstrates a particularly positive and pro-active attitude towards aviation safety and thus scarcely features in the accident and incident statistics at Brussels Airport. Tec4Jets is ‘best in class’ for audits and support in training and sharing of expertise.