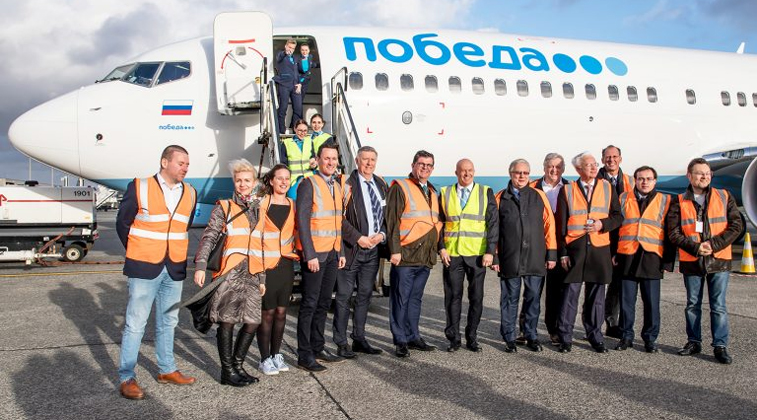 Pobeda introduced Ostend to its network on 7 March, the day in which it began a three times weekly service from Moscow Vnukovo. Among those at the launch included Andrey Kalmykov, CEO, Pobeda (centre), and Marcel Buelens, CEO, Ostend and Antwerp airports (fifth right). The route will be flown using the carrier’s fleet of 189-seat 737-800s, with this becoming the fourth scheduled service between Belgium and Russia, and the first outside of Brussels.