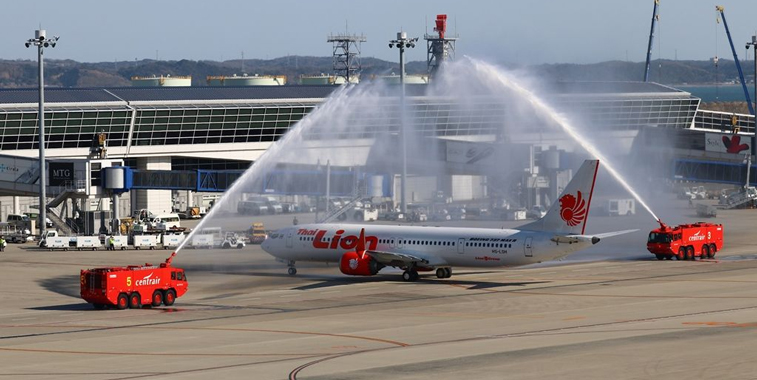 Thai Lion Air launched flights between Bangkok Don Mueang and Nagoya on 8 March, with the Japanese airport greeting the inaugural flight with a water arch salute. Flights are scheduled to be flown using 737 MAX 9s, as confirmed by this image of the inaugural flight. However, since the MAXs grounding, the route is being operated by the carrier using its fleet of 737-800s, with the airport pair measuring a span of 4,303 kilometres.