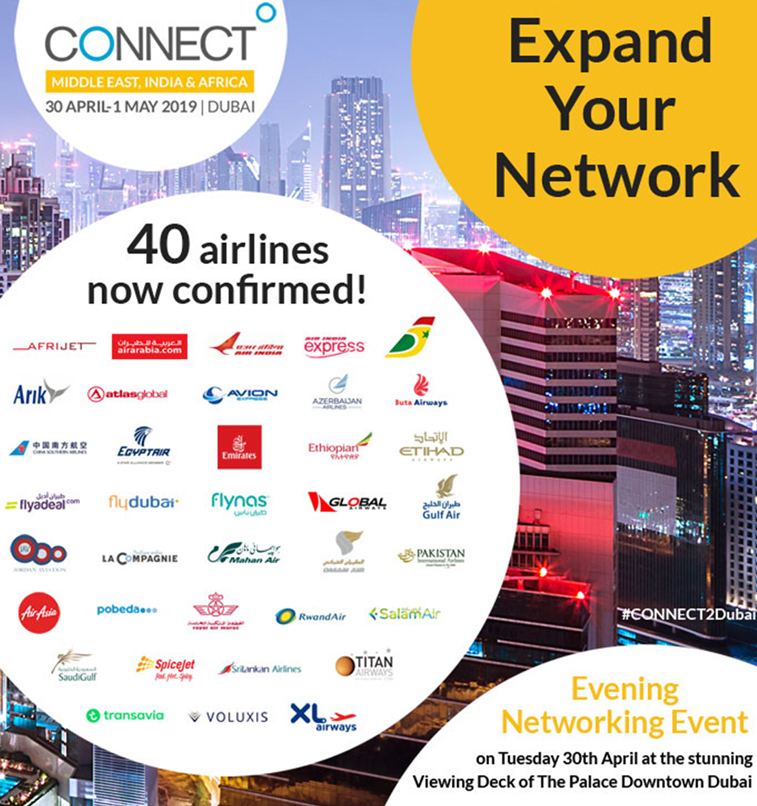 CONNECT MEIA can confirm that 40 airlines have confirmed that they will attend the inaugural conference in Dubai, taking place 30 April till 1 May at the Dubai World Trade Centre, with some of the confirmed airlines including official carrier for the event, Emirates, plus Air Arabia, China Southern Airlines, Ethiopian Airlines, SpiceJet and more.

The inaugural CONNECT MEIA Conference is taking place between 30 April and 1 May at the Dubai World Trade Centre, co-located with the Arabian Travel Market. With that, the conference can already confirm that up to 40 airlines have registered for the event, including:

The event, along with airline one-to-one meetings, will also have a two-day conference which will be compared by anna.aero. The conference programme will look at topics focused on the state of the industry, understanding how passenger profiling is fundamental to air service development, what the opportunities and challenges for the Middle East region are when coming to developing new air service, plus how do airports and their regions work together to attract new airline services and open up new markets?

Along with conference and meeting sessions, a networking evening will also take place on Tuesday 30 April, with the setting for the night’s entertainment being the Viewing Deck, Palace Downtown Dubai. For more information about the event, including official hotels and location of the show within Dubai, and to also register your attendance to meet with some of the 40 airlines confirmed so far for the conference, do so at this link. 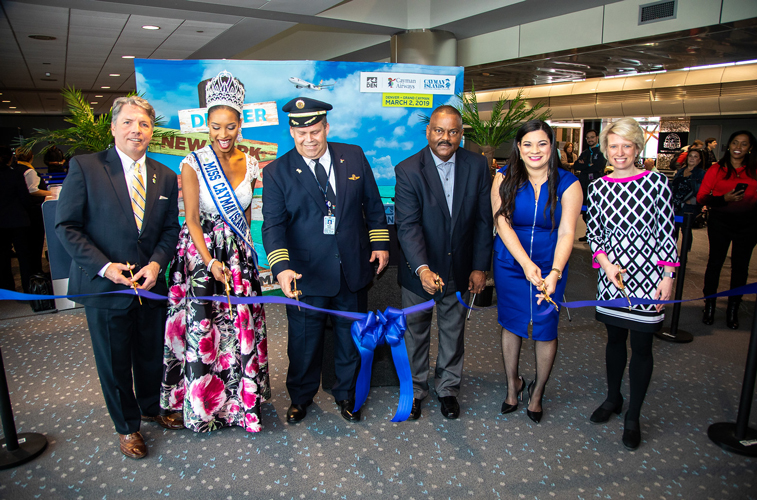 In other news, Denver Airport celebrated the launch of Cayman Airways’ new service from Grand Cayman on 2 March. According to the airport, this flight marks Denver’s fifth new international airline and its sixth new international destination since January 2017. “As the national airline of the Cayman Islands, this is a momentous occasion, and we are very excited about welcoming new and returning visitors to the Cayman Islands from the Mile High City,” said Cayman Airways President and CEO Fabian Whorms. “This new Denver non-stop service will reduce the travel time to Grand Cayman from typically between nine and eleven hours using multiple flights, to less than five hours aboard a direct flight.” The new service will operate twice-weekly (Wednesdays and Saturdays) through mid-August, and will return in December 2019.