Wizz Air launched two new routes from Skopje this week, with the carrier adding two new German routes to Bremen and Karlsruhe/Baden-Baden. As a celebration of the new services, Skopje Airport baked a route launch cake. 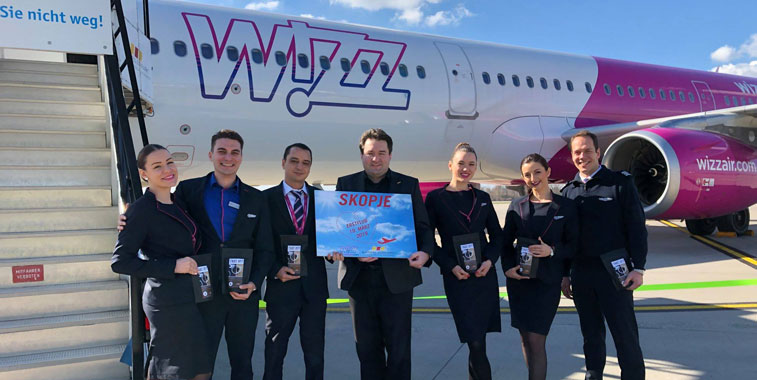 Wizz Air commenced flights between Skopje and Karlsruhe/Baden-Baden on 19 March. The carrier will operate the 1,297-kilometre sector twice-weekly (Tuesdays and Saturdays). To celebrate the new route, the crew members of the first flight received a 250g pack of the new and exclusive airport coffee called “take off”, which is roasted for the airport by Cofea Adoro. Pictured with the crew is Eric Blechschmidt, Director Aviation, Karlsruhe/Baden-Baden Airport (centre). According to OAG Schedules Analyser data, the route will face no direct competition. 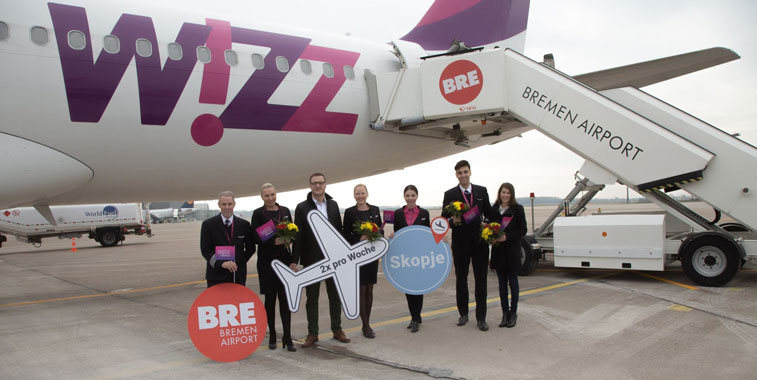 Wizz Air launched flights to Bremen from Skopje on 20 March. Posing with the crew of the first flight is Sebastian Maurans, Head of Sales, Bremen Airport (third left). Flights will operate twice-weekly (Wednesdays and Sundays).