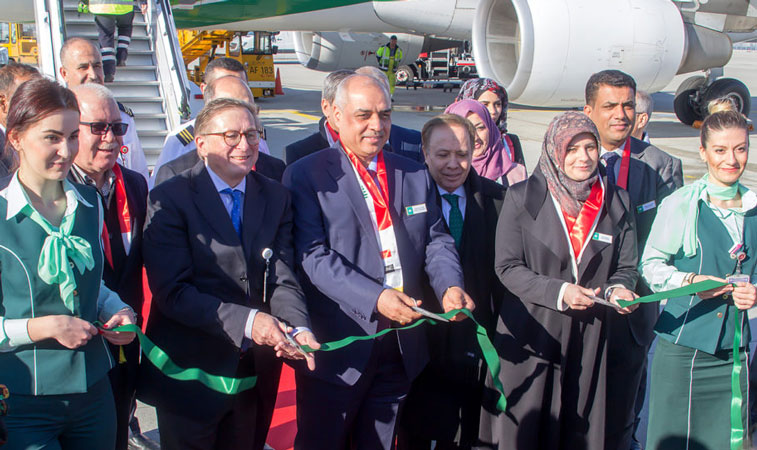 Iraqi Airways launched flights to Munich on 20 March, with the European hub becoming the carrier’s fourth station in Germany after Berlin Tegel, Düsseldorf and Frankfurt. The carrier will operate a weekly service between Baghdad and Munich on Sundays, although the carrier’s first service on the route was performed on a Wednesday, confirmed by Flightradar24.com. Pictured cutting the ribbon in Munich are Dr. Michael Kerkloh, CEO, Munich Airport (second left) and Abdullah Luaibi, Minister of Transport of Iraq (third left). No other airline currently operates the airport pair.