It’s been a while, but this week Europe won its first Arch of Triumph competition, doing it in true style as well, with Istanbul Atatürk bringing out all the stops in welcoming a pioneering route launch from India. This week was also a first for wide-body aircraft, with the first water salute for a wide-body inaugural being entered from Japan, courtesy of Garuda Indonesia’s expansion from Jakarta. Narrow-body aircraft still lead the way with 70% of all entries so far this year, with regional jets accounting for 26%. However, there has not yet been a water salute for a turboprop service. Question is, why airline will gain that title? Keep Monitoring!! 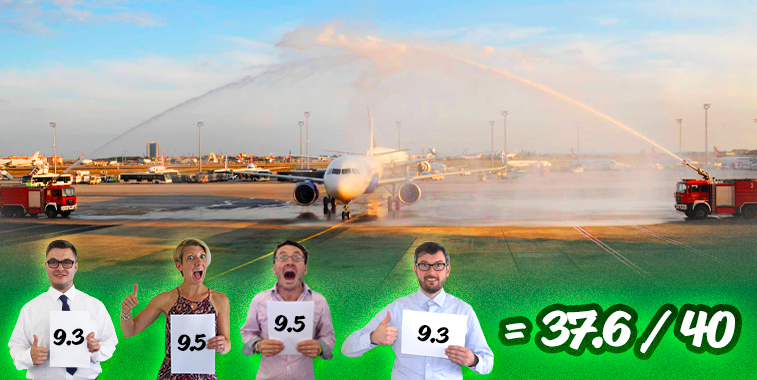 Judges’ Comments: IndiGo’s inaugural service between Delhi and Istanbul marks a significant moment in global route development, with this becoming the first non-stop, low-cost route between Europe and India. In honour, Istanbul Atatürk saluted the arrival of the first flight in true style with a near-perfect arch, and as a result, it climbs to the top of the 2019 leaderboard! 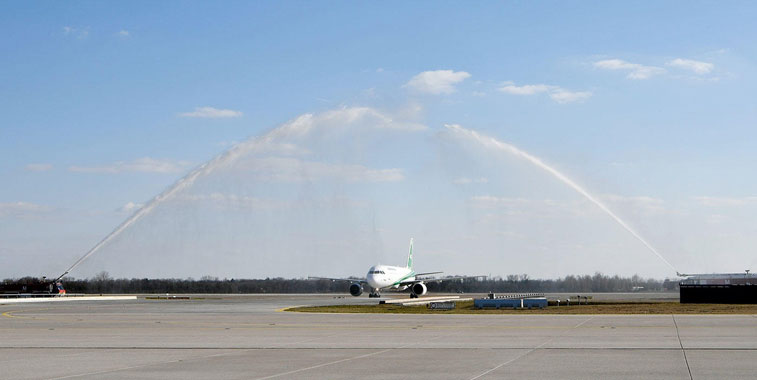 Marching into Munich in fashionable style, but why are the tenders so shy?

Judges’ Comments: This water salute from Munich is not a bad effort, however it would have scored much better had both tenders been in full view. Why are they so shy? One’s hiding behind a wall and the other a barrier. Shy tenders means anna.aero’s judges are shy with their scores. Luckily, they did produce a nice arch to gain respectable points this week. 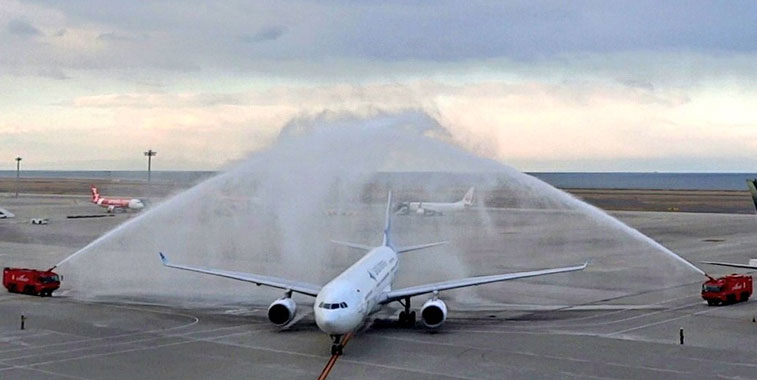 An arch so symmetrical, even the apron staff are aligned perfectly!

Judges’ Comments: All that stopped Nagoya from climbing to the top of the leaderboard this week was one thing, a Japan Airlines 737-800 getting in the way of this impressive water salute! Whoever was leading the airport’s ground operations that day should have planned for it to have been parked on another stand, as this would certainly have been top of the table. Nagoya’s firefighters know who to go after now to have words about why they lost the prize… 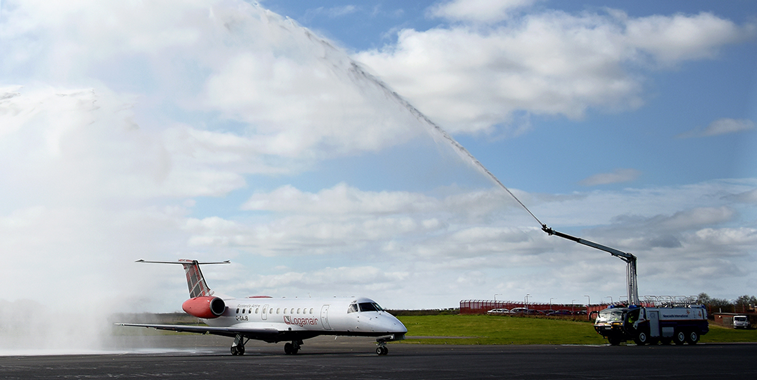 We’re sure the route will fair much better than this water arch’s score!

Judges’ Comments: Loganair has taken over the Brussels route at Newcastle due to the collapse of bmi regional. While the latter no longer exists, the route was performing well beforehand. UK CAA data shows that the route between Newcastle and Brussels transported 28,248 passengers in 2018, up 18% versus 2017. Loganair is therefore entering a strong market, much stronger than the airport’s firefighters did with this salute. Half an arch, means maximum half points…