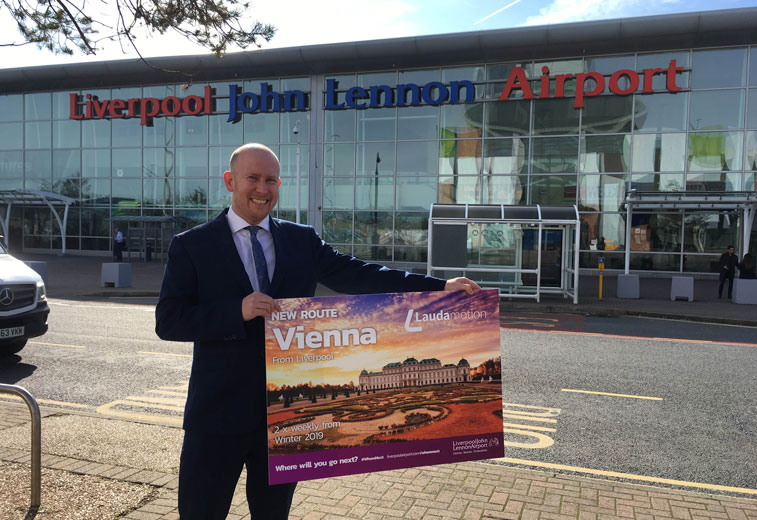 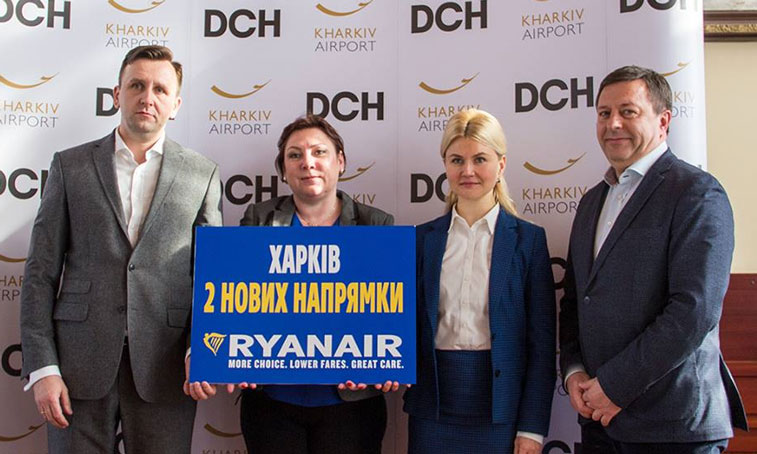 Ryanair announced this week that Kharkiv will become its fourth destination in Ukraine, with it announcing two new routes to the airport from Krakow (twice-weekly, starting 17 June) and Vilnius (twice-weekly, starting 27 October). The airline has also announced it will serve Odessa from 16 June, with flights from Krakow, with this becoming its third destination in Ukraine after Kiev Boryspil and Lviv. Odessa will also see routes to Katowice and Wroclaw, both launching on 29 October respectively. Pictured at the announcement of Kharkiv services are: Michał Kaczmarzyk, Executive Director, Ryanair Sun; Olga Pawlonka, Sales & Marketing Manager for CEE, Ryanair; Yuliya Svitlychna, Chairman, Kharkiv Regional State Administration; and Vladimir Vasylchenko, General Director, Kharkiv Airport.