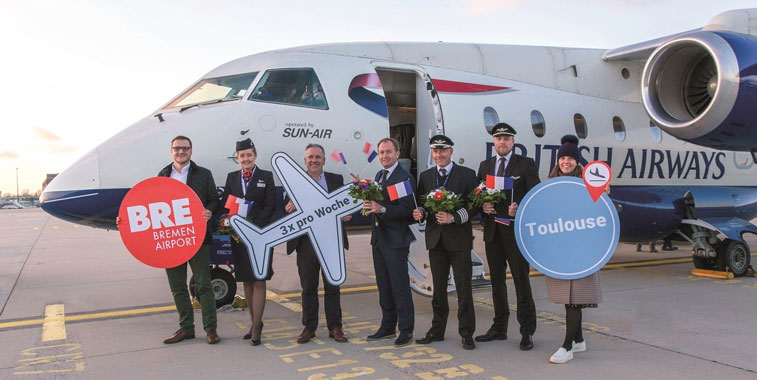 SUN-AIR launched flights between Bremen and Toulouse on 26 March, a route it will operate three times weekly, with rotations on Tuesdays, Wednesdays and Thursdays. A celebration was had at Bremen Airport on the day of the launch. Among those in the photo line-up were Sebastian Maurans, Head of Sales, Bremen Airport (left), and Kristian Tvergaard, Commercial Director, SUN-AIR (centre). No other airline presently operates the airport pair.