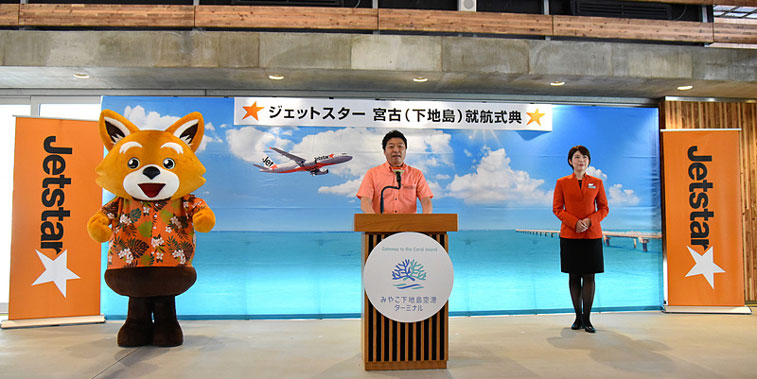 Jetstar Japan launched operations between Tokyo Narita and Shimojishima on 30 March. Speaking at the launch ceremony was Yutaka Kataoka, President and Representative Director of Jetstar Japan. Based on OAG Schedules Analyser data, the carrier will serve the 1,897-kilometre sector daily using its fleet of A320s. The airline is planning to launch a second route from the airport on 3 July, the day it will commence services from Osaka Kansai.