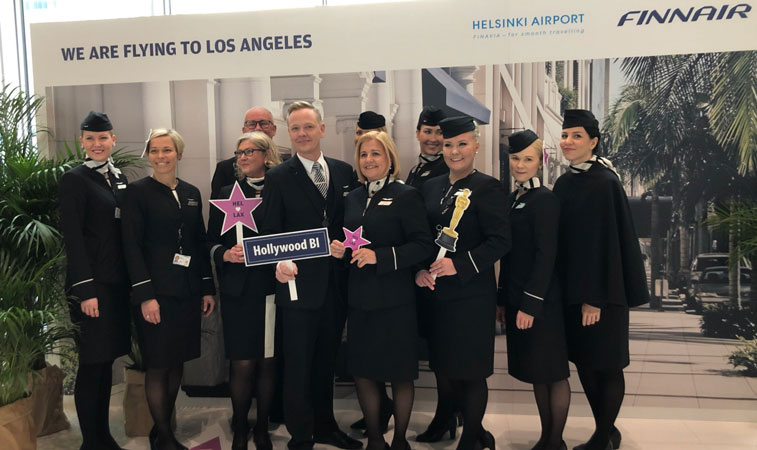 Finnair launched its newest US service from Helsinki on 31 March, beginning a three times weekly service to Los Angeles. Pictured are the crew which operated the inaugural flight. Along with Los Angeles, Finnair serves Chicago O’Hare, Miami, New York JFK and San Francisco in the US. No other carrier links Helsinki with Los Angeles.