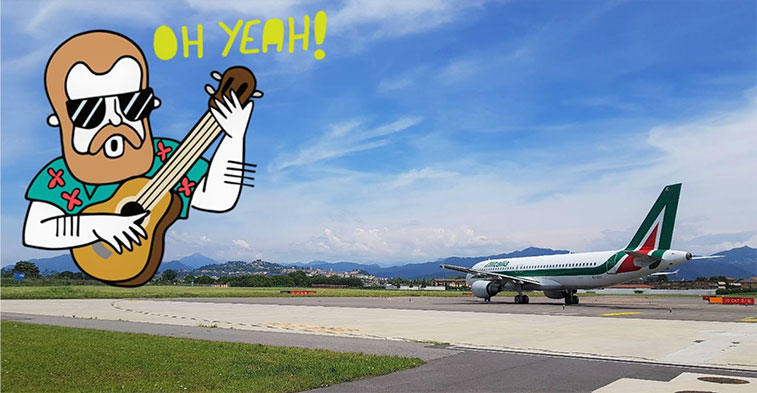 Milan Bergamo Airport is set for a record-breaking summer season in 2019, with it also helping take the strain of the temporary closure of Milan Linate. Seat capacity from Italy’s third largest airport is set to grow further this summer, with 12 routes already confirmed for launch.

“This summer will see new or existing airlines launching routes operating from Milan Bergamo to Casablanca, Düsseldorf, Heraklion, Kalamata, London’s Gatwick and Southend, Preveza, Sofia, Stuttgart, Zadar and Zakynthos. One big and significant welcome to Milan Bergamo this summer is Alitalia, as the carrier commences a four times daily service from Rome Fiumicino starting 27 July – with this route operating to help fill the void from Milan Linate’s temporary closure,” comments Giacomo Cattaneo, Director of Commercial Aviation, SACBO. “Alitalia is not the only new airline for the airport this summer, as we are also welcoming British Airways in September with its new six times weekly service from Gatwick, TUIfly from Casablanca, both Air Arabia Egypt and Air Cairo from Sharm El Sheikh.”

Most of Milan Bergamo’s leading airlines are growing their operations from the airport throughout the summer season, with Ryanair growing its capacity by 1.5%, Blue Panorama Airlines 52%, Ernest Airlines 27%, Pegasus Airlines 18%, Pobeda 47% and Air Arabia Maroc 27%. “It is great to share that the growth encountered at Milan Bergamo this summer is from an array of carriers that operate to various markets across Europe and North Africa. This commitment by them shows that the airport is able to support the growing demand across various types of services, whether it be for business, leisure or VFR,” adds Cattaneo.

“The airport is in a very powerful catchment area, very populated, with a strong economic environment, with the provinces of Brescia and Bergamo ranking as the first and second biggest industrial districts in Europe, let alone the financial power of Milan which is also on the airport’s doorstep. Our market is responding well to the introduction of these new flights, both for inbound and outbound passengers,” adds Cattaneo. Commenting further on the demand being seen from the airport this summer, Cattaneo states: “Milan Bergamo will be the most convenient airport for the millions of people wishing to travel to and from the area located between Milan and Lombardy’s east border. The temporary closure of Linate represents for us this summer an occasion of further growing our business relations with those airlines investing in us, and taking the occasion to increase their offer, such as Albastar and Volotea. However, we can state that we have additional capacity still to grow the opportunities that are still there to be used.”

“As an airport, we are making it clear that we’re able to handle this additional capacity, both from natural market growth of Milan Bergamo, or facilitated by the other airport’s closure. We are not only showing airlines that we’re able to cater for them, but also highlighting that we can handle the high influx of additional passengers, demonstrating that Milan Bergamo is a great airport option. We are fortunate to be in a position where we can support East Lombardy’s needs, both for leisure and business services. The business offering refers also to the readiness of Milan Bergamo to cater for the needs of the executive aviation sector.