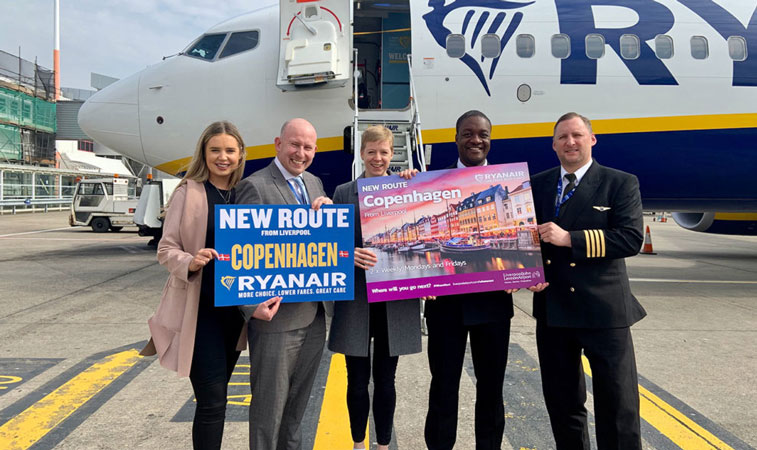 Ryanair launched a new service between Liverpool and Copenhagen on 1 April. Pictured at the launch along with some of the airline’s crew were: Eimear Ryan, Sales Marketing Executive UK & Ireland, Ryanair; Paul Winfield, Director of Aviation Development and Marketing, Liverpool Airport; and Kate Sherry, Director of Route Development, Ryanair. Flights between Liverpool and the Danish capital will operate twice-weekly (Mondays and Fridays). 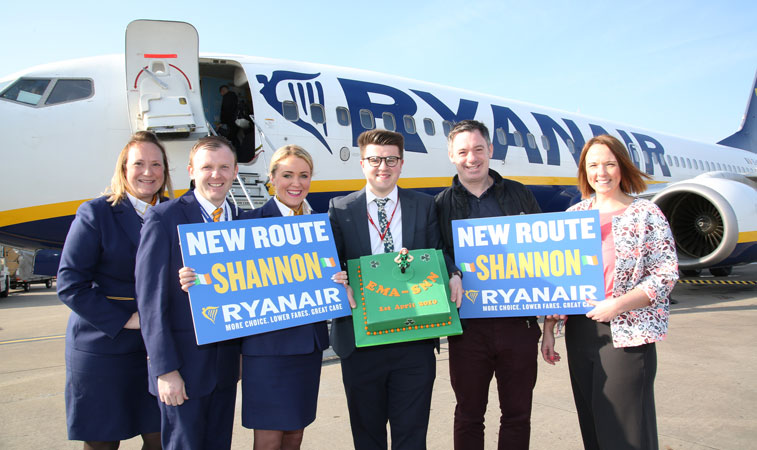 East Midlands welcomed Ryanair’s new service to Shannon on 1 April, with the UK airport celebrating the connection with an Irish-themed cake. Flights on the route will operate twice-weekly (Mondays and Fridays). 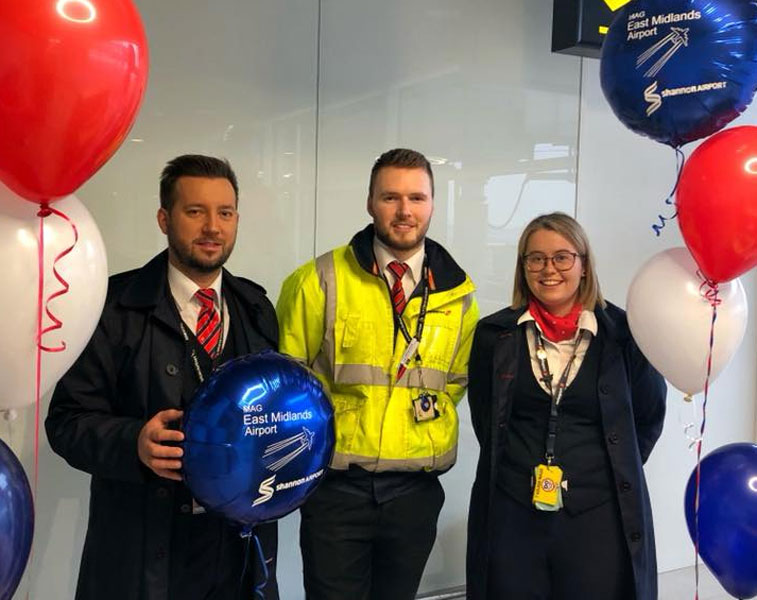 A gate celebration was held for Ryanair’s new service to East Midlands from Shannon on 1 April. The carrier will operate the 510-kilometre connection twice-weekly (Mondays and Fridays) using its 737-800s. 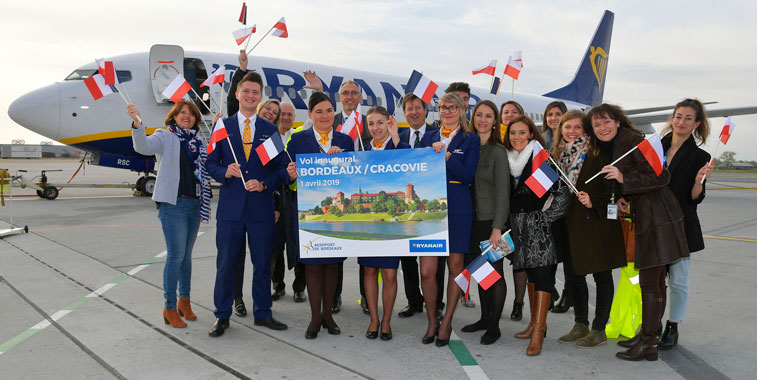 Ryanair launched flights between Krakow and Bordeaux on 1 April, with the French airport holding a big celebration for its new Polish service. Fights on the 1,640-kilometre sector will operate on Mondays and Fridays. 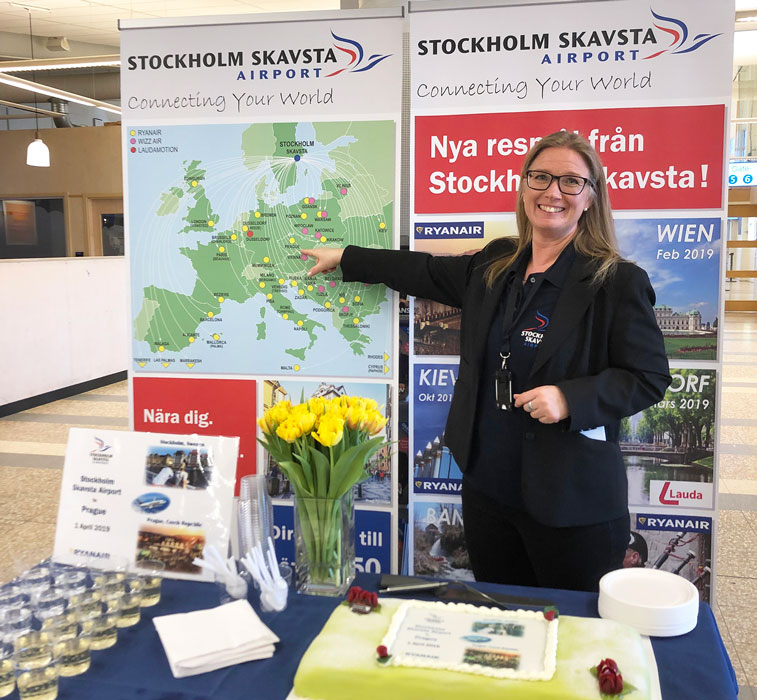 Ryanair started a capital connection between Sweden and the Czech Republic on 1 April, with it commencing a twice-weekly (Mondays and Fridays) link between Stockholm Skavsta and Prague. To commemorate the new service, the Swedish airport baked a cake for the inaugural passengers to enjoy before flying. 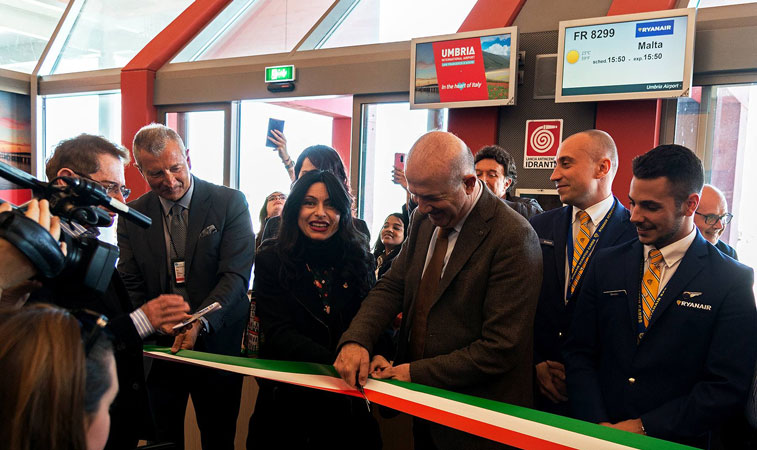 Ryanair launched flights between Malta and Perugia on 1 April. Cutting the ribbon at the launch are Stefania Proietti, Mayor of Assisi, and Giuseppe Chianella, Regional Councillor for Infrastructures and Transport, Province of Perugia. The carrier will operate the 821-kilometre route twice-weekly (Mondays and Fridays).