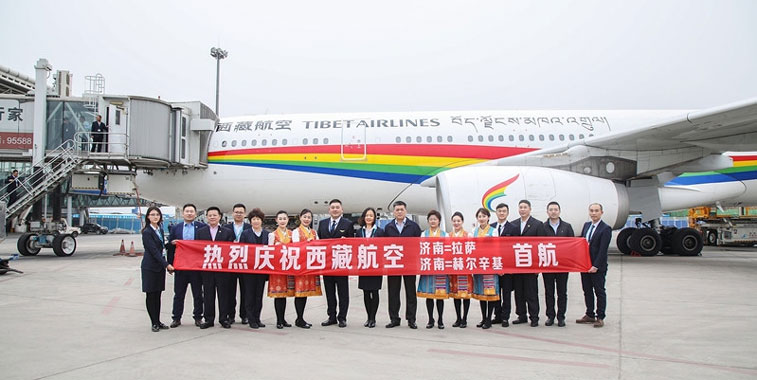 Tibet Airlines launched its first-ever intercontinental service on 8 April, the day it inaugurated a weekly (Mondays) service between Jinan and Helsinki. The carrier will operate the route using A330-200s. 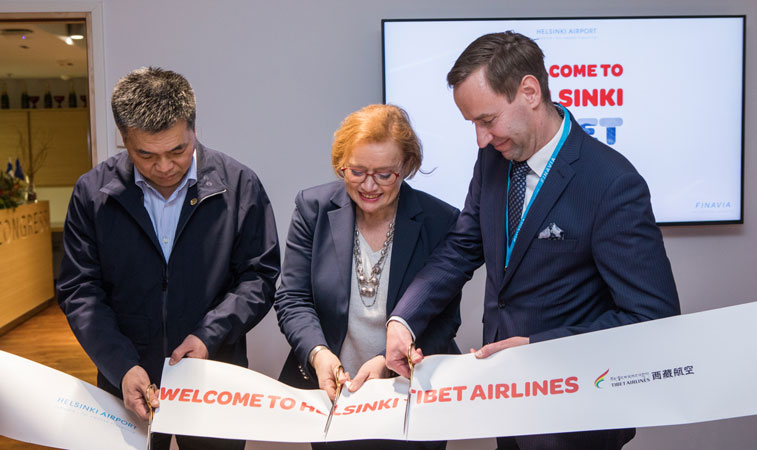 At the other end of the route, a ribbon cutting ceremony was conducted to officially open Tibet Airlines’ new service to Helsinki, with it becoming the Finnish airport’s first Chinese operator. Pictured cutting the ribbon are: Bai Weisan, President, Tibet Airlines; Ritva Viljanen, Mayor, City of Vantaa; and Kimmo Mäki, CEO, Finavia.