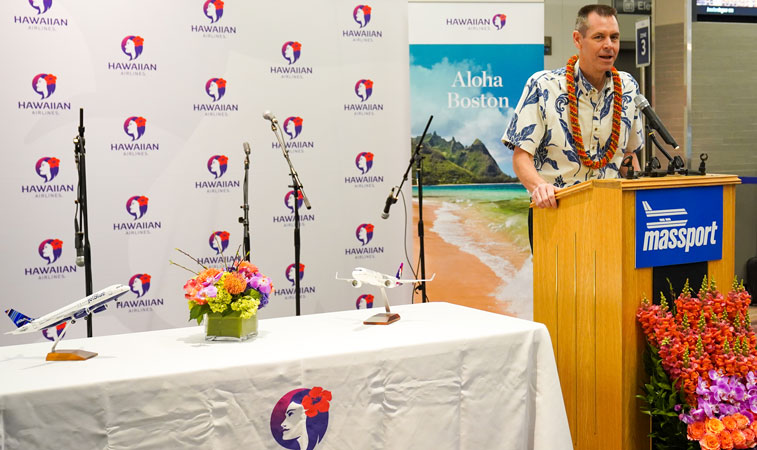 Hawaiian Airlines launched the US’ longest non-stop domestic route on 4 April, a result of it launching flights between Honolulu and Boston, an airport pair which spans 8,195-kilometres. Seen speaking at the launch event in Boston is Hawaiian Airlines’ President and CEO Peter Ingram. The route operates in codeshare with JetBlue Airways.