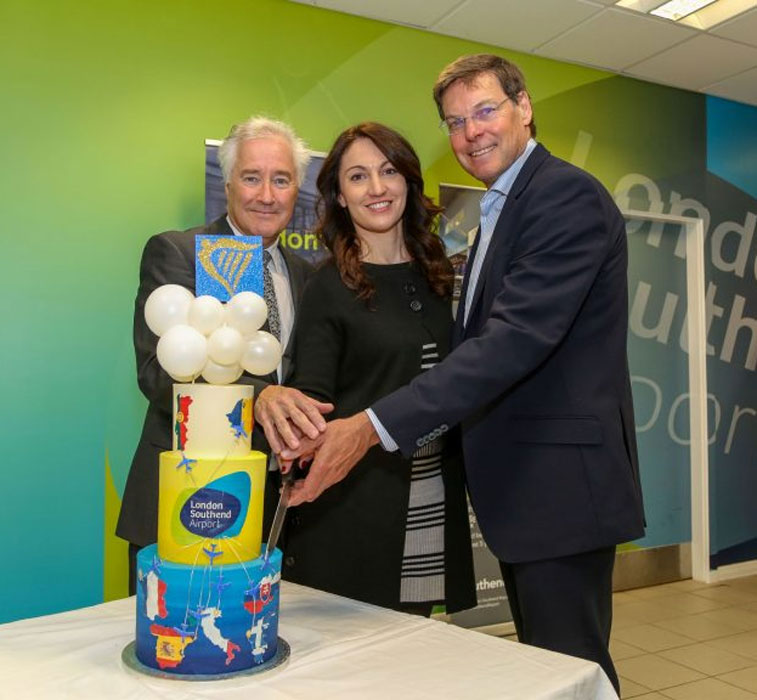 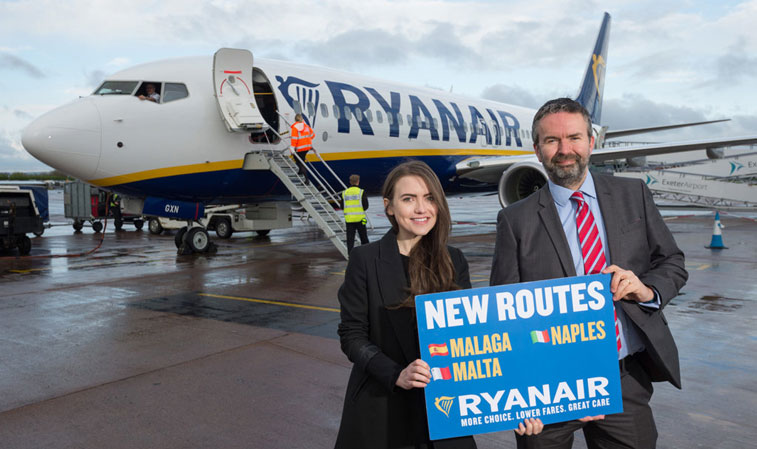 Ryanair introduced Exeter to its network on 2 April, launching flights to the UK airport from Malta, while flights from Malaga and Naples were initiated the following day. Pictured celebrating the new services at the inaugural flight departure back to Malta are Roseanne Regan, Communications Manager, Ryanair, and Matt Roach, MD, Exeter Airport. 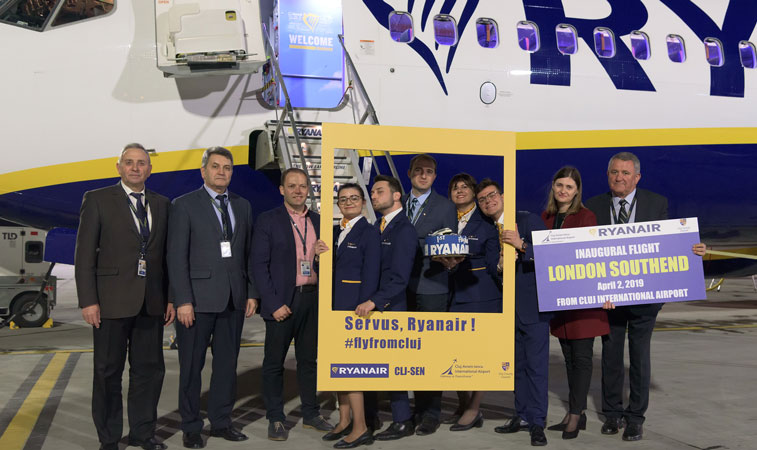 As a result of Ryanair opening a new base at London Southend, a number of new airports have joined the Ryanair network for S19, with one of those being Cluj-Napoca. The Romanian airport greeted Ryanair’s first flight from the UK capital airport on 2 April by hosting a route launch celebration which included cake. 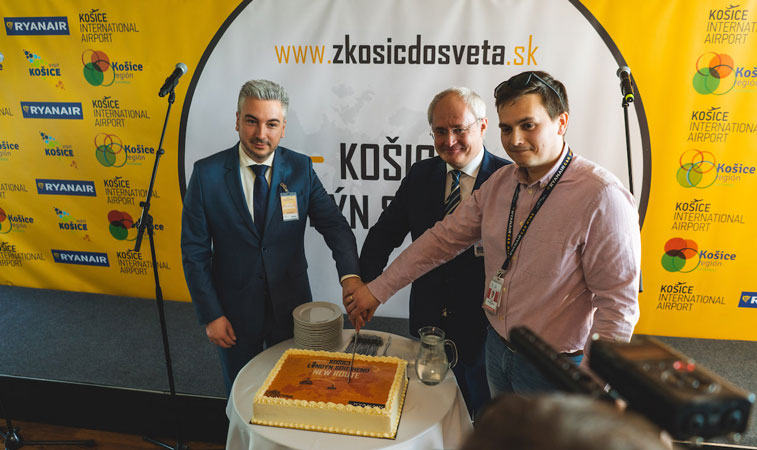 Ryanair also introduced Košice to its network on 2 April, with it seeing direct flights from London Southend. Pictured taking part in the cake cutting ceremony are: Rastislav Trnka, Chairman of the Košice Self-Governing Region; Michael Tmej, MD and Chairman of the Košice Airport Board; and Piotr Starowicz, Representative, Ryanair. 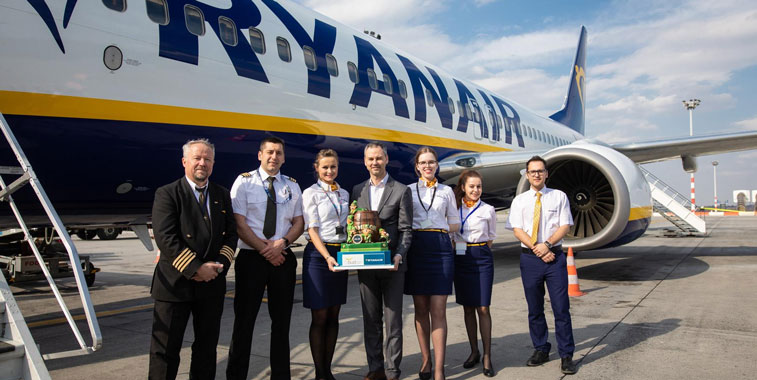 Ryanair launched flights between Cork and Budapest on 4 April, with the Hungarian hub baking a very Irish-inspired cake for the launch, including a Jameson Irish Whiskey barrel and leprechauns. Pictured with the route launch cake along with the crew of the inaugural flight is Balazs Bogats, Head of Airline Development, Budapest Airport. 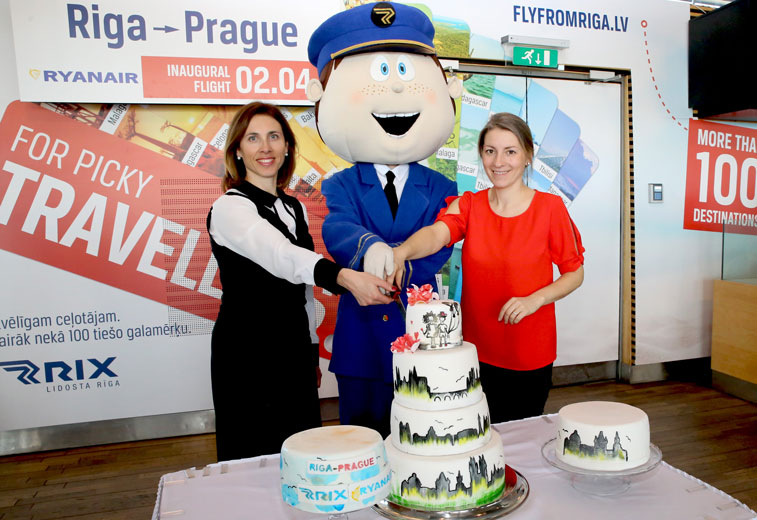 Ryanair launched flights between Prague and Riga on 2 April, with the Latvian airport baking this impressive cake for the inaugural flight. Pictured cutting the cake are the airport’s Director of the Aviation Service and Business Development Department, Liene Freivalde; Airport Mascot, ERIX; and Route Development Manager, Laura Audariņa. Competition on the 990-kilometre sector comes from airBaltic which serves the airport pair 11 times weekly. 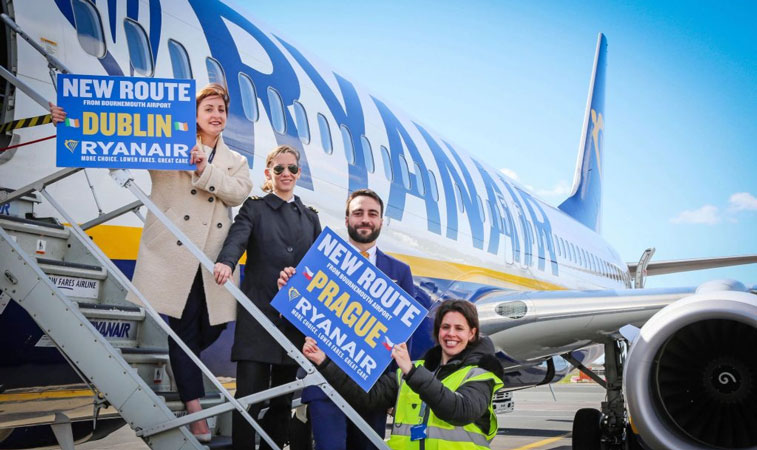 Ryanair has introduced two new routes to Bournemouth for S19, commencing flights to Dublin on 2 April, while Prague services were initiated two days later. Pictured along with some of the airline’s crew to promote the new routes from Bournemouth on the day of the Dublin inaugural are Alejandra Ruiz, Senior Communications Manager, Ryanair, and Jodie Saunders, Marketing Manager, Bournemouth Airport. Both routes will face no direct competition. 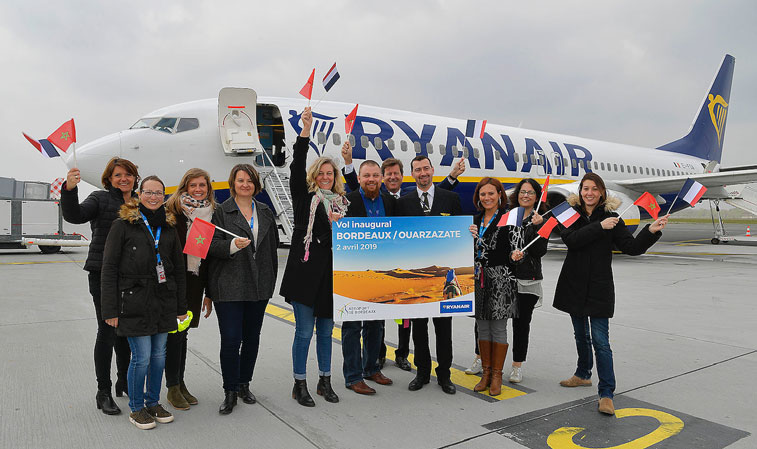 Among the routes launched by Ryanair from its new base at Bordeaux was Ouarzazate, a city south of Morocco’s High Atlas mountains and a gateway to the Sahara desert. The airline will serve the 1,633-kilometre route twice-weekly, with it planning to offer rotations on the sector every Tuesday and Saturday this summer season. 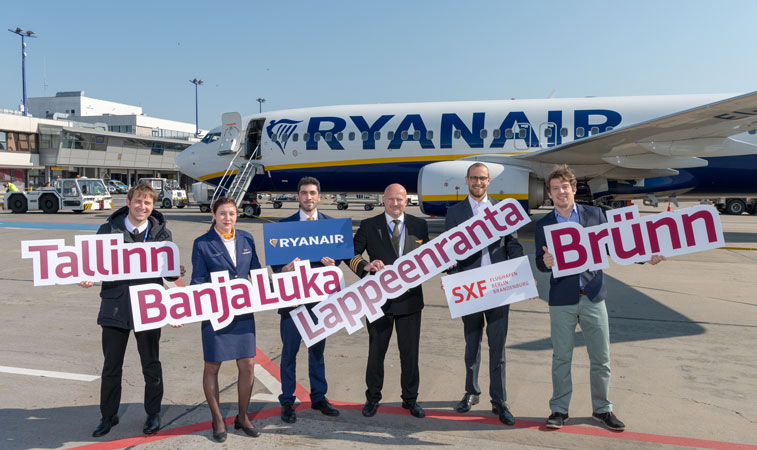 Ryanair has started a number of new routes from Berlin for S19, including flights from Berlin Schönefeld to Banja Luka, Brno and Tallinn this week, while services to Lappeenranta began on 1 April. Pictured at the launch celebration for the new routes from Schönefeld along with crew was Johannes Mohrmann, Senior Manager Key Account and Business Development, Berlin Brandenburg Airport (second right). 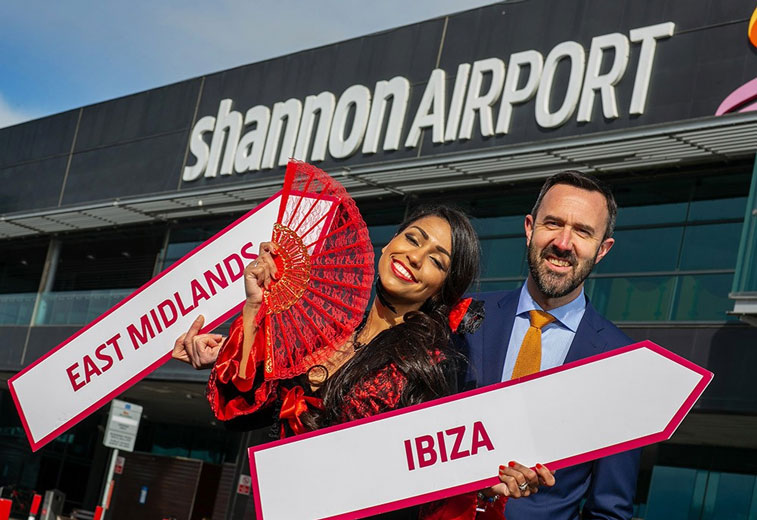 Last week Ryanair initiated services from Shannon to East Midlands, while this week the carrier introduced a route from the Irish airport to Ibiza. Pictured with the Spanish flamenco dancer promoting the route is Andrew Murphy, MD, Shannon Airport. Flights between Shannon and Ibiza will operate twice-weekly (Wednesdays and Sundays) in S19. Ryanair launched two new routes to Cardiff for the start of the S19 season, connecting the capital of Wales with Barcelona and Malta, routes that were inaugurated on 2 and 3 April respectively. Both routes will operate twice-weekly. 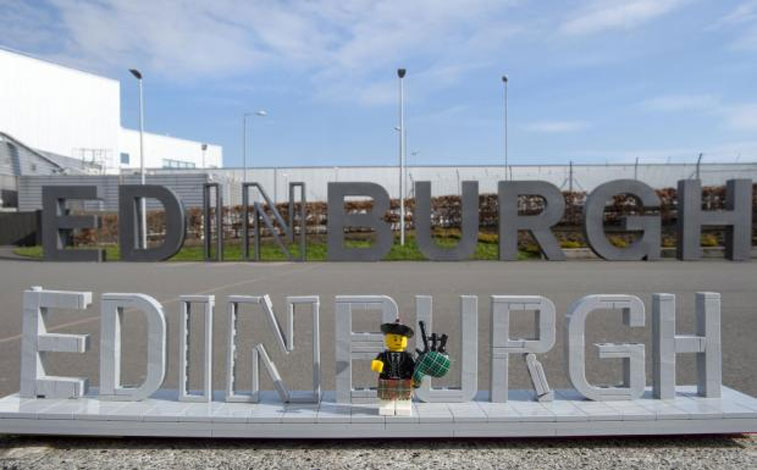 Ryanair commenced a new service between Edinburgh and Billund on 4 April, with the Scottish airport playing homage to the new route by creating a lego sign to match its famous airport art piece. Billund Airport also swops LEGO characters with visiting influencers – reaching out to the airport at the other end of a new destination, seeking a fruitful cooperation. It provides a human LEGO character to the inauguration ceremony.