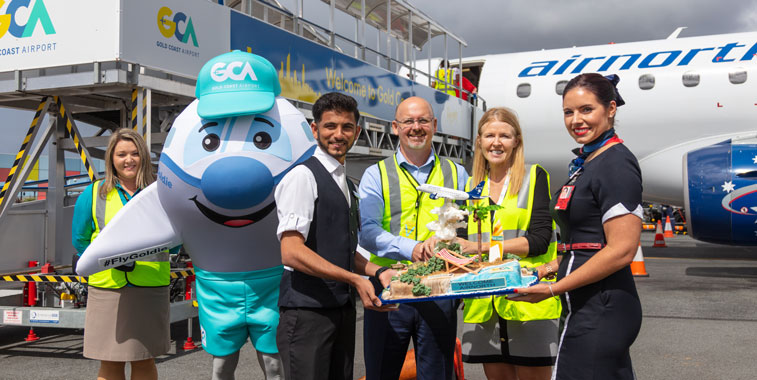 Airnorth launched flights between Darwin and Gold Coast on 3 April, a route which will operate via Townsville twice-weekly (Wednesdays and Sundays). In celebration of the new route, Gold Coast Airport baked an impressive cake. Pictured with the cake alongside airline crew and handling staff are Daniel Bowden, CEO, Airnorth, and Marion Charlton, COO, Gold Coast Airport. No other airline currently links the three cities based on OAG data.