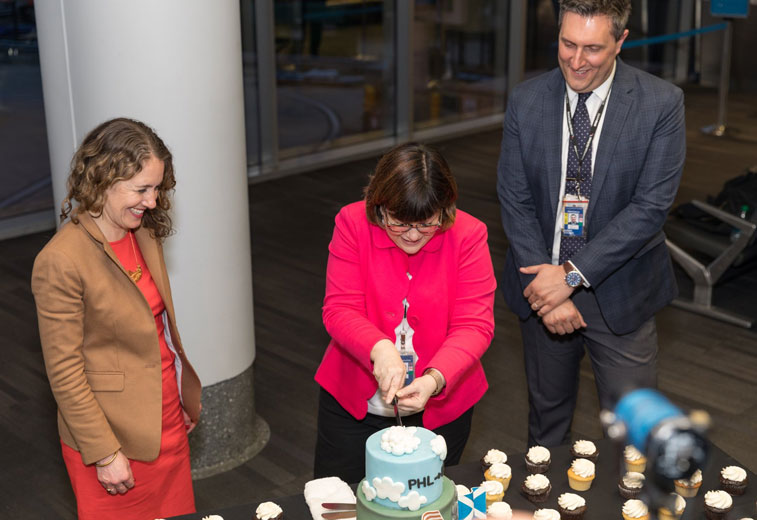 American Airlines launched its 16th transatlantic route from Philadelphia on 2 April, initiating a daily service to Edinburgh. Pictured cutting the route launch cake is Chellie Cameron, CEO of Philadelphia Airport. The carrier will operate the 5,370-kilometre route using its fleet of 757-200s. The oneworld member will continue to expand its transatlantic offering from Philadelphia this summer, with routes to Berlin Tegel, Bologna and Dubrovnik planned. 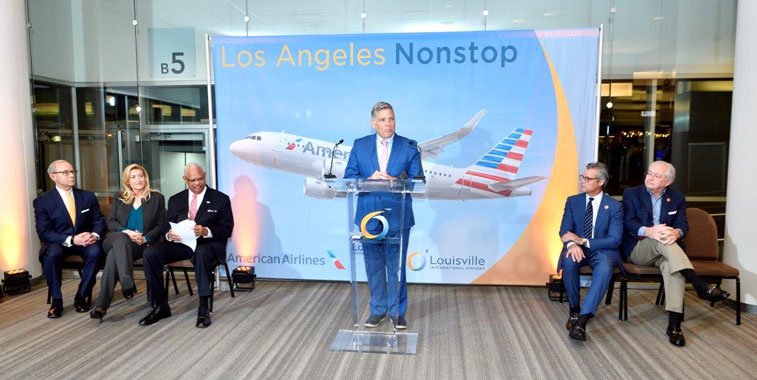 American Airlines launched a new daily, non-stop service between Los Angeles and Louisville on 2 April. Speaking at the inaugural flight ceremony is Dan Mann, Executive Director of the Louisville Regional Airport Authority. The carrier will operate the 2,695-kilometre route using its fleet of A319s, with it facing no direct competition.