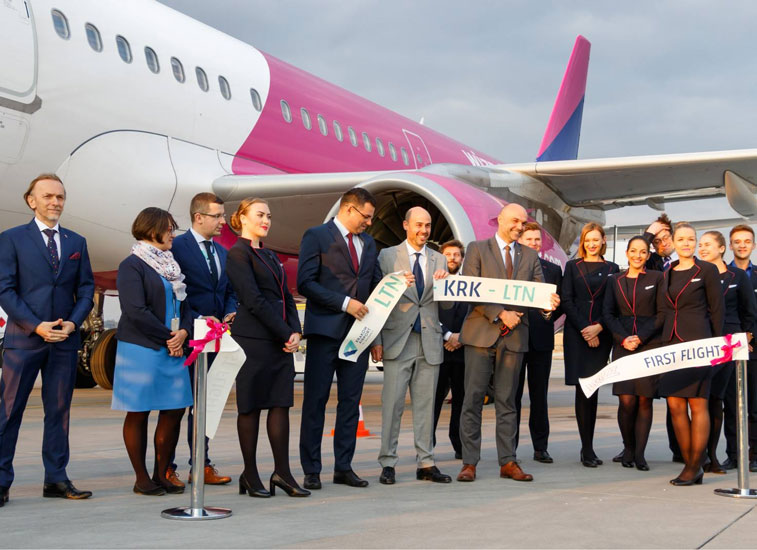 Wizz Air launched its first operations to Krakow on 4 April, beginning services from London Luton, while a route from Kiev Zhulyany was inaugurated the following day. A ribbon cutting ceremony was held to mark the occasion. By the end of the S19 season, the carrier will have three aircraft stationed at the airport, operating a total of 18 routes.