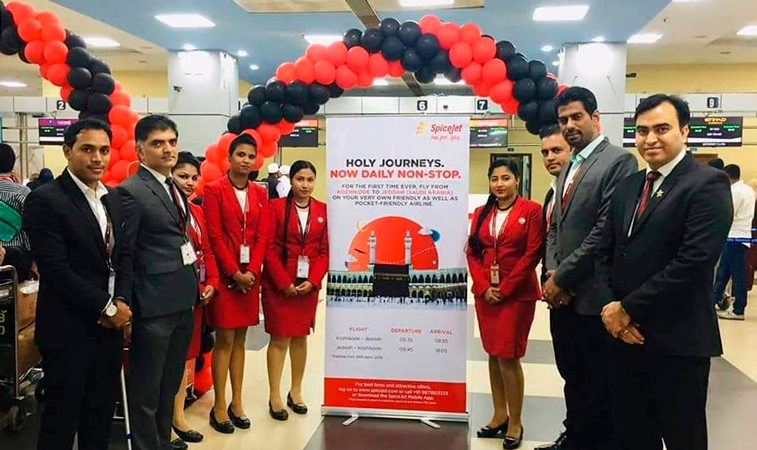 SpiceJet launched operations between Kozhikode and Jeddah on 20 April, a 4,088-kilometre route that the carrier will operate daily using its fleet of 737-800s. Here, airline and airport staff are pictured celebrating the new service at check in. SpiceJet becomes the second carrier on the city pair, joining Saudi Arabian Airlines.