FlyArystan takes to the skies of Kazakhstan 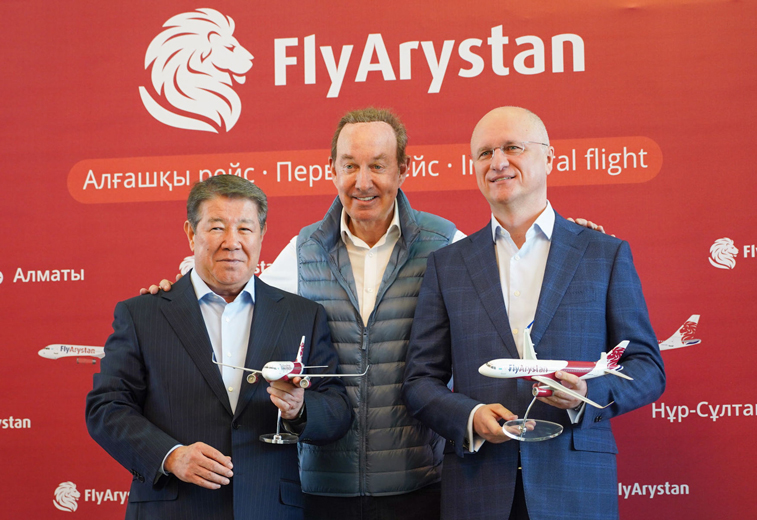 FlyArystan launched its first operations on 1 May, commencing links from Almaty to Nur-Sultan and Taraz. Flights to Uralsk and Karaganda were inaugurated on 2 and 3 May respectively from Almaty. Pictured at the inaugural flight press conference are Akhmetzhan Yessimov, Chairman of the Board of Samruk-Kazyna National Welfare Fund; Peter Foster, CEO of Air Astana; and Roman Sklar, Minister of Industry and Infrastructure Development in Kazakhstan.