KLM clicks its clogs to Wroclaw 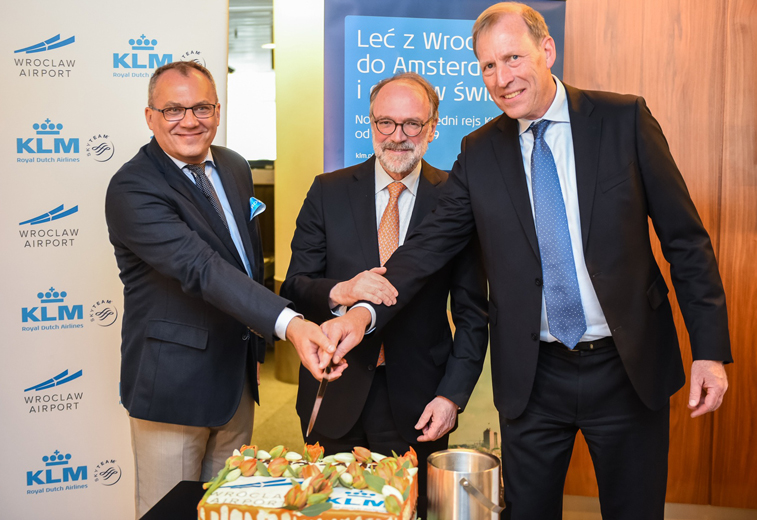 Cutting the cake at the inauguration party of KLM’s new link to Wroclaw from Amsterdam are Dariusz Kuś, President and CEO, Wroclaw Airport; Ron van Dartel, Ambassador of the Kingdom of the Netherlands to Poland; and Warner Rootliep, MD of KLM Cityhopper. The carrier will serve the 845-kilometre route from Amsterdam daily using E175s.