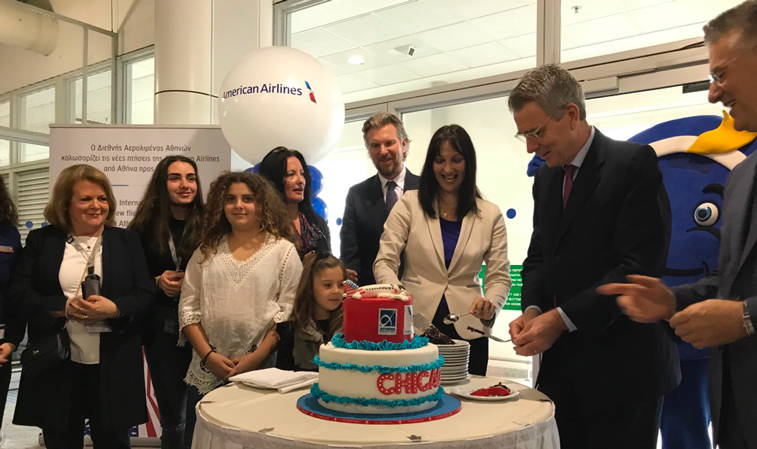 American Airlines launched flights between Chicago O’Hare and Athens on 3 May, with the first flight touching down in the Greek capital the following morning. This is American’s second route to Athens after Philadelphia. Pictured cutting the cake in Athens are Elena Kountoura, Greek Minister of Tourism (third right), and Geoffrey Pyatt, US Ambassador to Greece (second right). Also present at the launch were Ioanna Papadopoulou, Communications and Marketing Director, Athens Airport (fifth right)) and Richard Muise, Director, Europe & Canada Operations, American Airlines (fourth right). 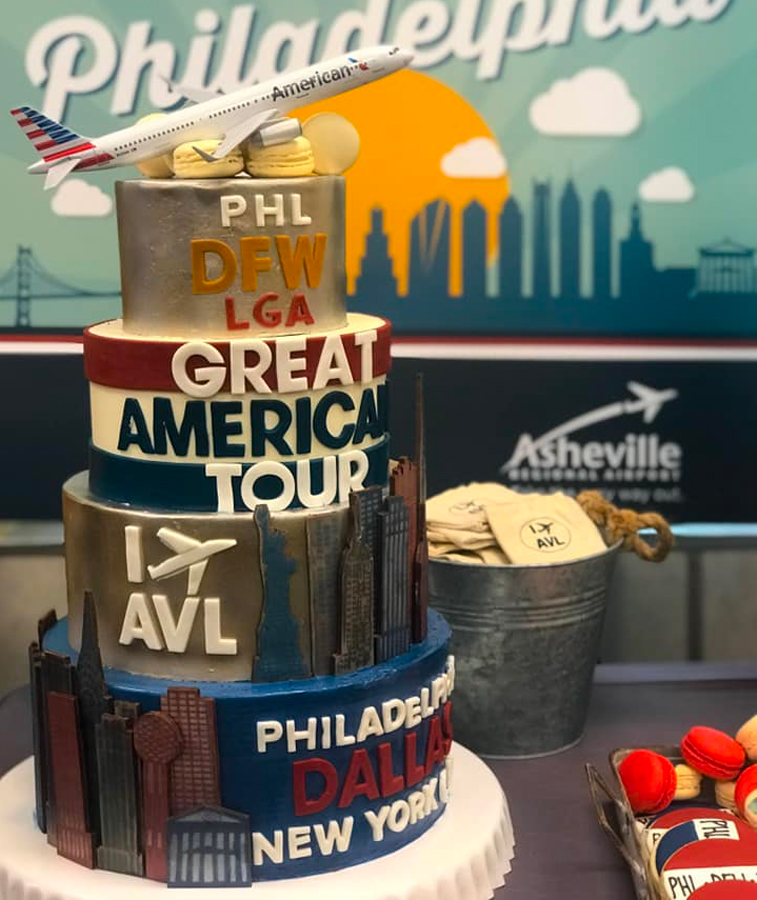 American Airlines celebrated three new routes to Asheville this week, launching services to the airport from Dallas/Fort Worth, New York LaGuardia and Philadelphia. Asheville toasted the occasion with this impressive four-tiered cake. Note that while adorned with a model A321, all routes to Asheville will be flown using regional aircraft. Orlando Melbourne Airport celebrated American Airlines’ new link from Washington Reagan with an airline-themed cake, while cupcakes were presented either side of the main baked wonder spelling out the IATA codes of the two airports.