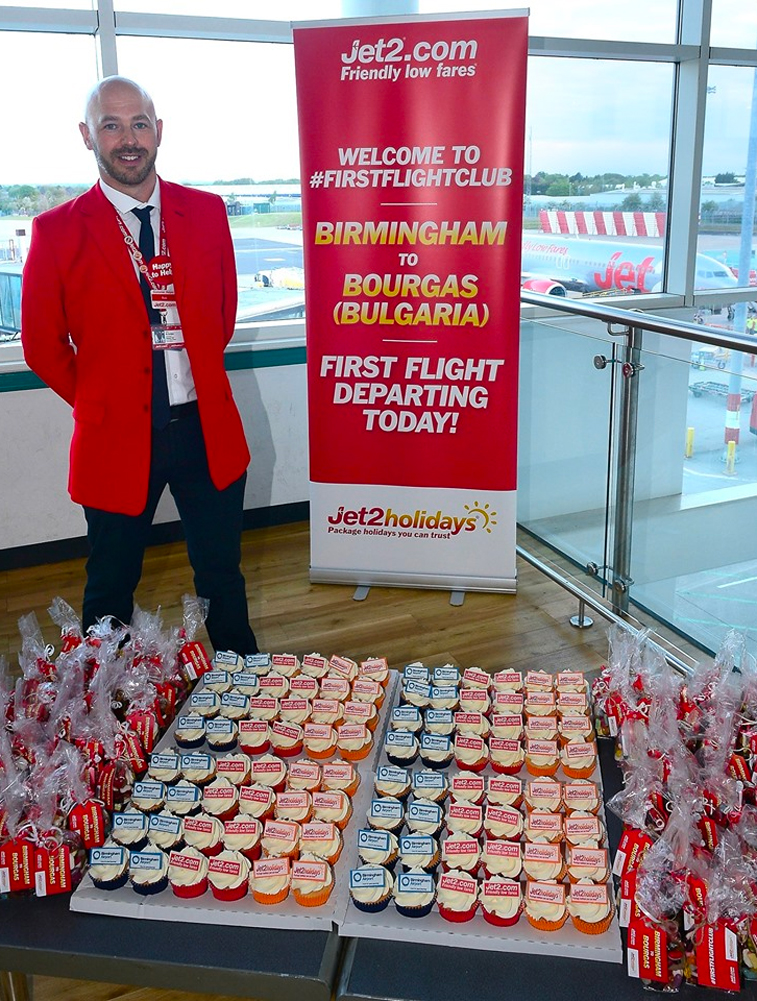 Jet2.com celebrated the launch of flights between Birmingham and Bourgas on 6 May by handing out cupcakes, branded in airport and airline logos, to the inaugural flight passengers. Along with Bourgas, new routes by Jet2.com from Birmingham this summer include Bergerac, Chania, Izmir, Pula and Verona. 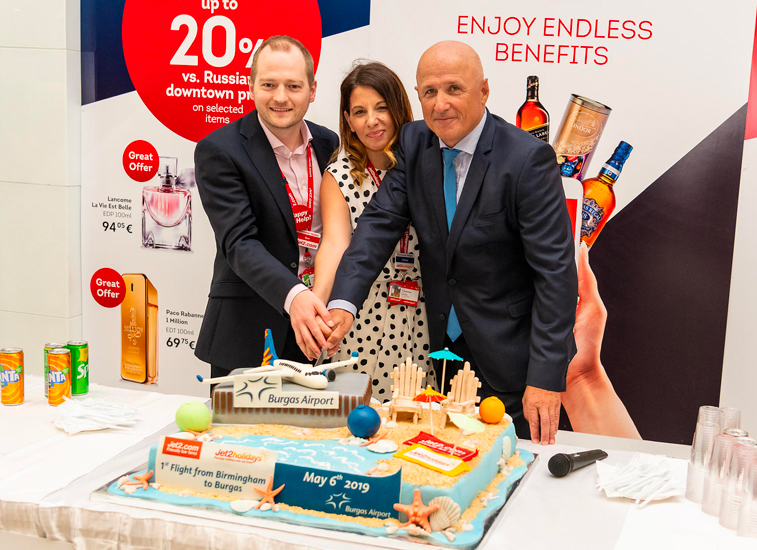 Bourgas Airport in Bulgaria welcomed the first flight by Jet2.com from Birmingham on 2 May, baking an impressive cake to toast the new service. Along with Birmingham, flights from Manchester and London Stansted launched on the same day. Along with these three routes, another six routes will also be added by the carrier to Bourgas.