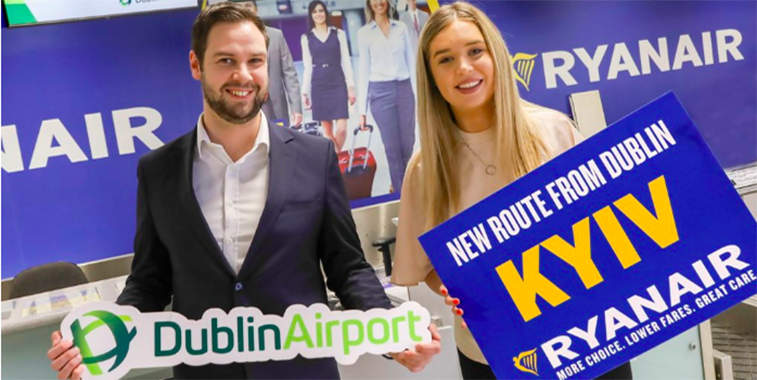 Ryanair launched operations on a new route between Dublin and Kiev Boryspil on 2 May, a service it will operate twice-weekly (Thursdays and Sundays). Among those pictured at the launch in Dublin was Eimear Ryan, Sales Marketing Executive UK & Ireland, Ryanair (right). No other carrier links the Irish and Ukrainian capital cities. 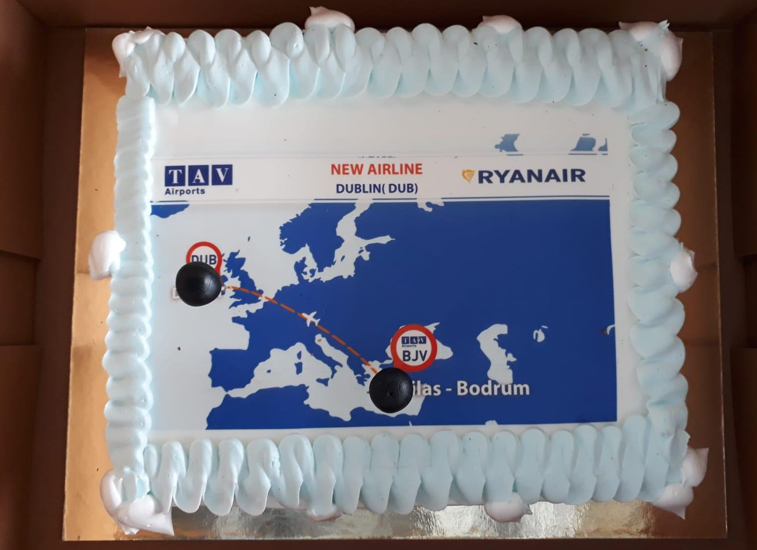 Ryanair introduced flights between Dublin and Bodrum on 4 May, with the Turkish airport becoming the carrier’s second destination in the country after Dalaman. Flights on the airport pair will be flown twice-weekly (Tuesdays and Saturdays) this summer, facing no direct competition. Bodrum Airport baked this cake to toast the service. 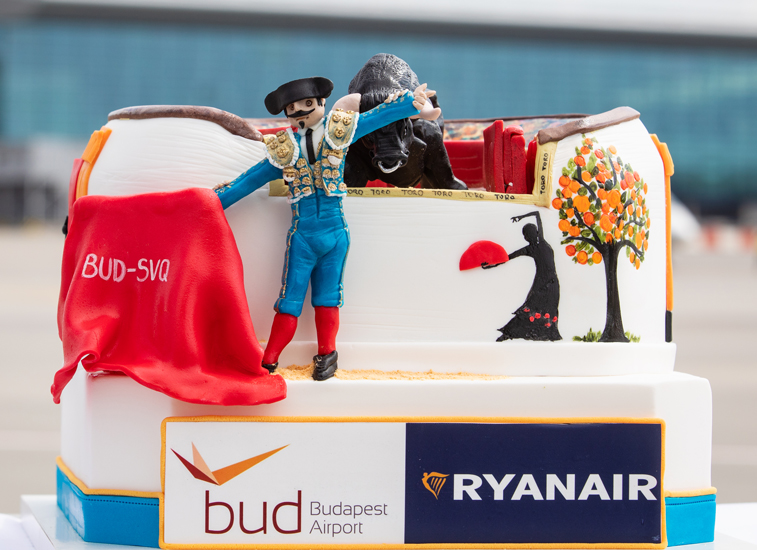 Budapest Airport also upped its baking game on 2 May, producing this bullfighting-inspired cake to celebrate the start of Ryanair’s new twice-weekly (Thursdays and Sundays) service to Seville. Along with Seville, Ryanair has also begun flights from Budapest to Bari, Cagliari and Rimini this week. Only Bari services face direct competition.