Wizz Air advances growth from Krakow with first based aircraft 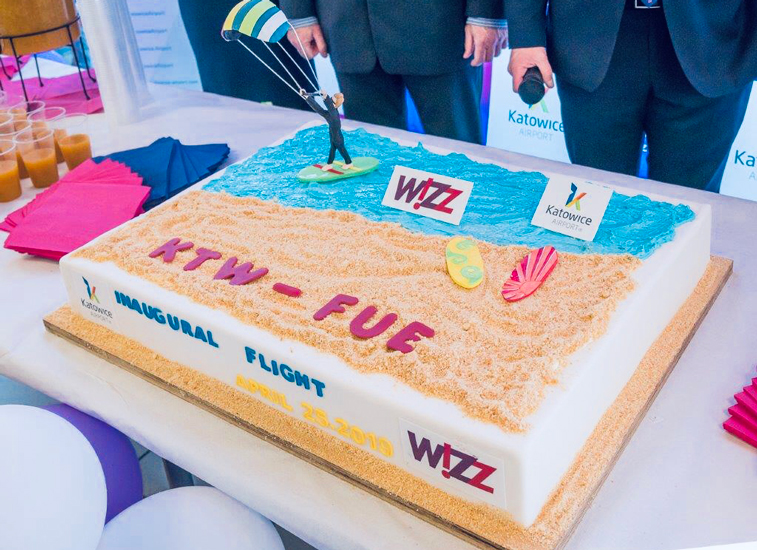 Katowice Airport baked this beach-themed cake to celebrate Wizz Air’s inaugural flight to Fuerteventura on 25 April. The carrier will offer a weekly (Thursdays) service on the airport pair. Direct competition comes from Smartwings Poland. According to OAG schedules, Katowice is the only airport in Poland with a direct link to Fuerteventura. 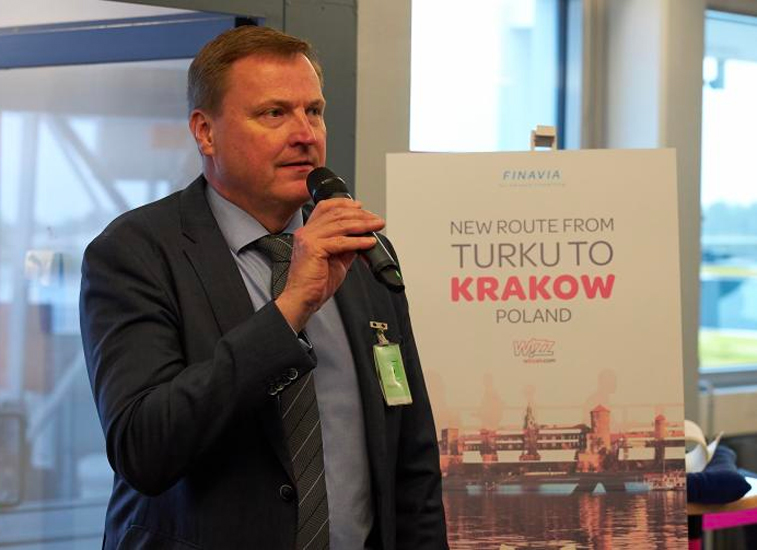 One of the six routes launched by Wizz Air from its new base at Krakow was Turku in Finland. Pictured at the inaugural flight press conference is Antti Kirkkola, Liaison Manager of the City of Turku. 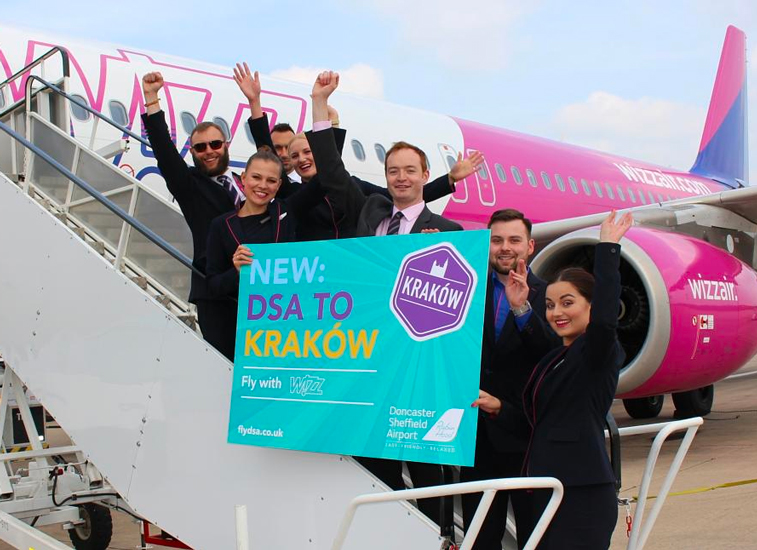 Doncaster Sheffield benefited from Wizz Air’s base opening at Krakow, with it seeing a new three times weekly being inaugurated on 3 May. Pictured with the crew celebrating the route launch is John Huddleston, Communications & Corporate Affairs Manager, Peel Airports. This is Wizz Air’s 12th route to Doncaster Sheffield.