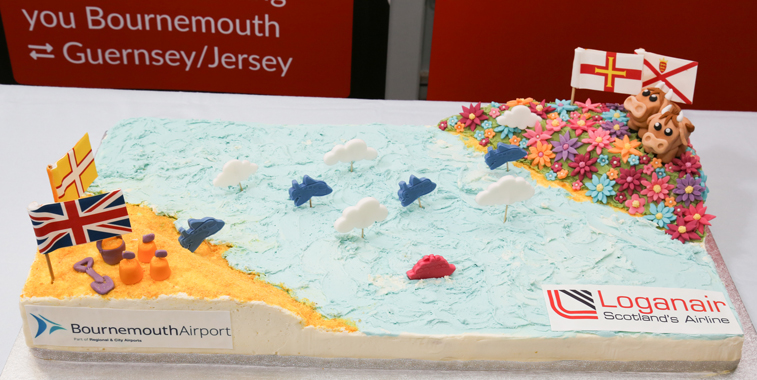 Loganair is the newest airline to serve Bournemouth Airport, with it having launched a twice-weekly service to Jersey on 29 April. To celebrate the new route, the airport baked this impressive cake. A second link to the channel islands, in the form of a weekly connection to Guernsey, will begin on 13 May based on OAG data.