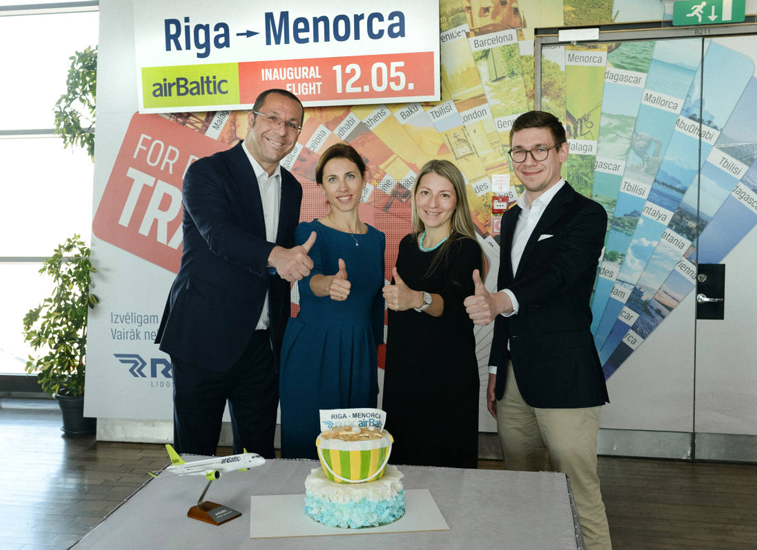 airBaltic launched flights between Riga and Menorca on 12 May, a route it will operate using its A220-300 fleet. Pictured with the route launch cake at the inaugural flight ceremony in Riga are Wolfgang Reuss, SVP Network Planning, airBaltic; Liene Freivalde, Director of the Aviation Service and Business Development, Riga Airport;aura Audariņa, Route Development Manager, Riga Airport; and Mantas Vrubliauskas, Network Development Manager, airBaltic. 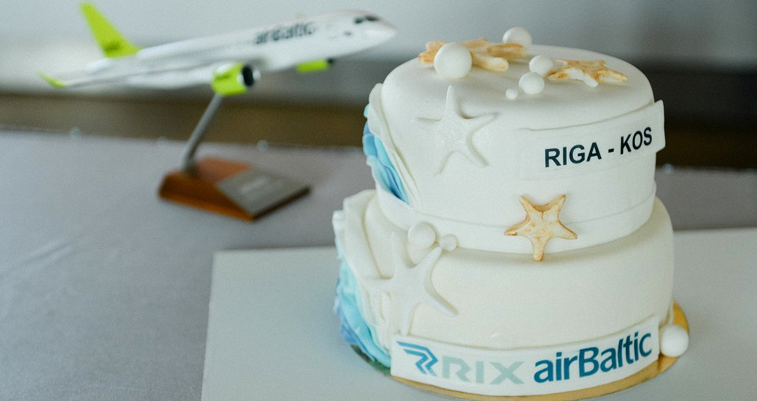 airBaltic also added Kos to its network on 11 May, with Riga Airport baking this beach-themed cake to celebrate the new route to the Greek island. Flown weekly (Saturdays), the route faces no direct competition.