Loganair launched flights from Edinburgh to Bergen, Guernsey and Stavanger this week, while a route to Islay was added back in March, taking to four the number of new routes which the airline has added from the Scottish capital for the S19 season. Pictured with the crew, and the amazing route launch cake, celebrating the new services are Jonathan Hinkles, MD, Loganair and Gordon Dewar, CEO, Edinburgh Airport. 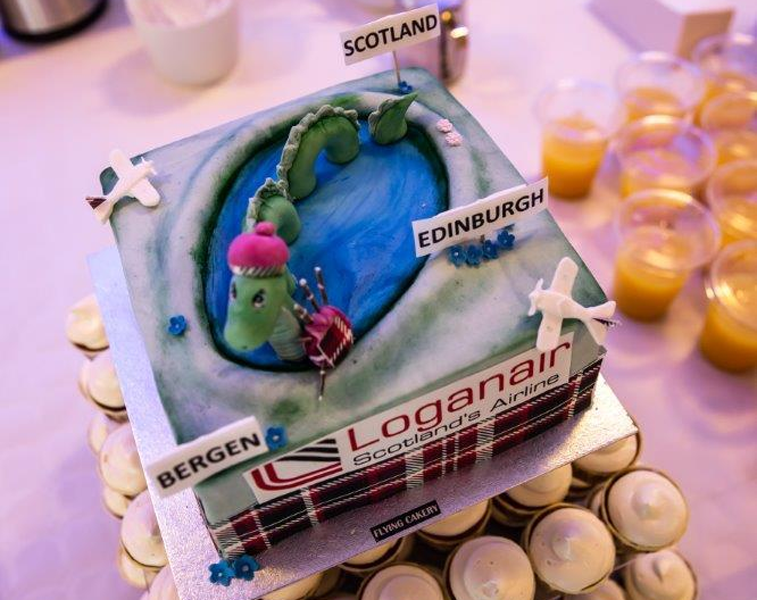 Bergen Airport also celebrated its new link with Loganair by baking a cake, choosing the mystical create of the Lochness Monster as its culinary creative inspiration. The carrier will link Bergen to Edinburgh three times weekly this summer using its fleet of E135s, with no other operator presently serving the route according to OAG schedules. 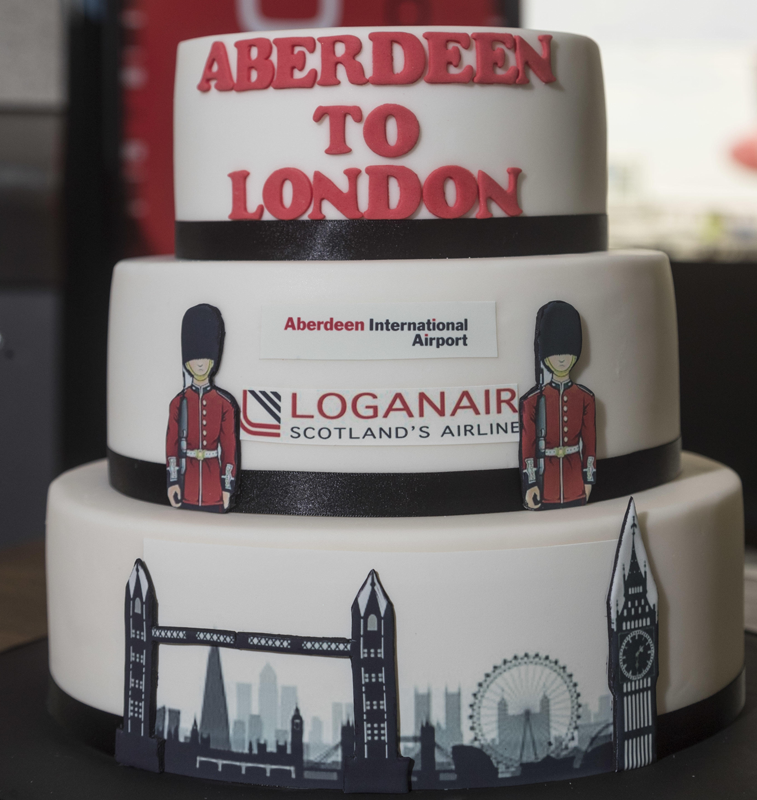 Aberdeen Airport also got creative with cake for its latest route launch with Loganair. On 12 May, the regional carrier commenced a 17 times weekly service between the Scottish city and London Southend. 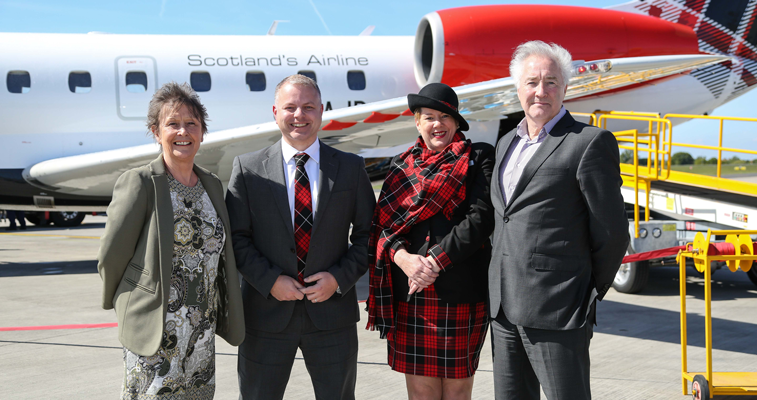 Loganair introduced London Southend to its network on 12 May, launching a 17 times weekly service from Aberdeen. Pictured at the launch celebration at the London airport along with crew are Denise Rossiter, Chief Executive of Essex Chamber of Commerce; Jonathan Hinkles, MD, Loganair; and Glyn Jones, CEO, Stobart Aviation.