Budapest Airport’s Aviation Development Team take on a little light warm-up run ahead of this year’s Budapest Airport-anna.aero Runway Run. Entering a team for the Ultrabalaton – the longest running race in Central Europe, a mere 220 kilometres around Hungary’s Lake Balaton – the group look ready to take on any challenging airport team who think they could beat them on the runway in August.

Known for not doing anything by half, the airport team entered an 11-person relay team including Kam Jandu, CCO (fresh from his recent London Marathon); Máté Ritter, Airline Development Manager; and Nikolett Huszák, Airline Marketing Manager, in the one lap race around Lake Balaton, a gruelling 220 kilometres. Completing the challenge in 21:47:25, the team look ready to rocket down the runway later this year. 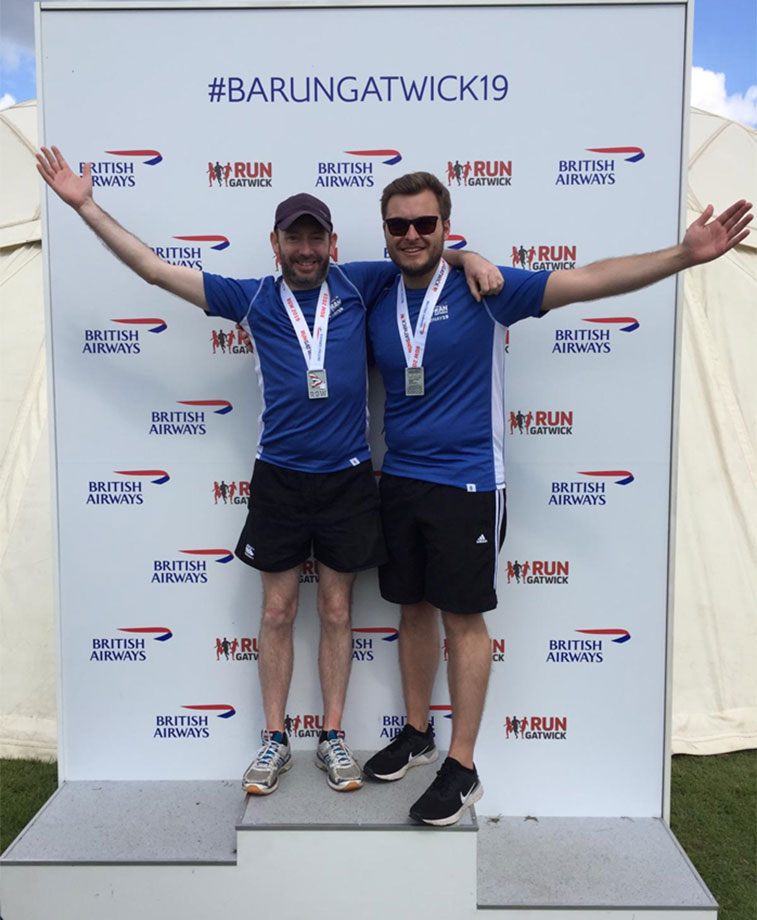 Making a quick island hop, Wayne Forde, Transatlantic Revenue Management, Aer Lingus, joined the British Airways-sponsored Run Gatwick Half Marathon as part of his now annual training schedule for the 10k on Budapest’s runway later this summer. Talking tactics and running pace with anna.aero’s Aviation Development Editor, Jonathan Ford, the duo ran around the surrounding countryside of the airport’s perimeter – confirming once again that Budapest Airport remains the host of the only European runway run to be held in broad daylight.

Having been a dedicated supporter of the Budapest Runway Run for the last five years – and being the first to register again this year – Forde completed the half marathon frustratingly close to a sub-two hours (2:02), while first-time half marathon runner Ford finished in a reasonably respectable time of 2:22. 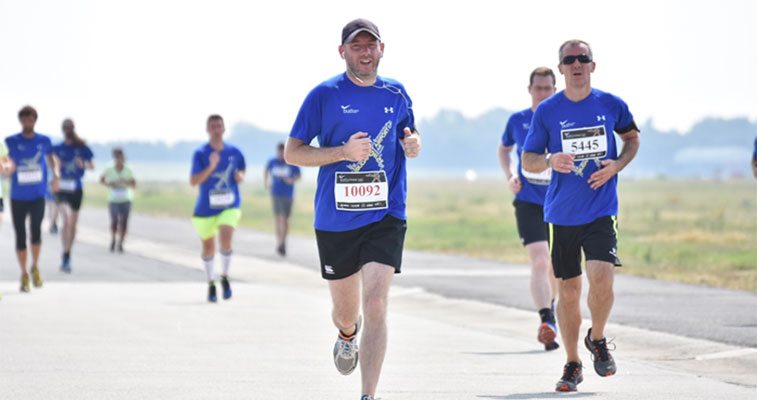 Think your airline can knock hat-trick winner Aer Lingus and its Running Team Captain Wayne Forde off the podium and claim the title of ‘Fastest Airline in the World’ from the Irish carrier?

Do you love the idea of running down the runway in the awesomely beautiful city of Budapest? After another hugely successful Budapest Airport-anna.aero Runway Run last year, the seventh edition of the air transport industry’s premier charity-sportive will be held on Saturday 31 August 2019. Spaces are limited so make sure you reserve your place sooner rather than later!