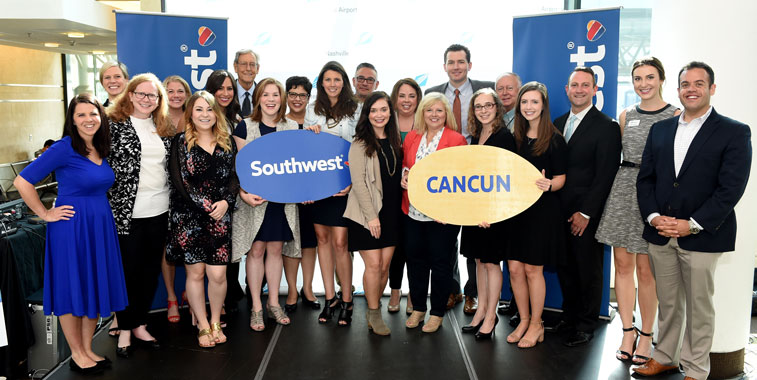 Southwest Airlines and Nashville celebrate the launch of services between the airport and Cancun. Nashville has seen significant international expansion in recent years, notably with the launch of BA’s direct service from London Heathrow.

New for 2019 is the ACI North America Small Airports Committee meeting, held the day before the main conference, which aims to discuss regulatory and operational issues specific to smaller, non-hub airports. Technology is also expected to play a large part in fostering the success of this year’s conference, with a mobile application providing participants with their real-time meeting schedule at a glance, as well as the ability to communicate with other attendees.