ANA launches A380 services between Tokyo Narita and Honolulu 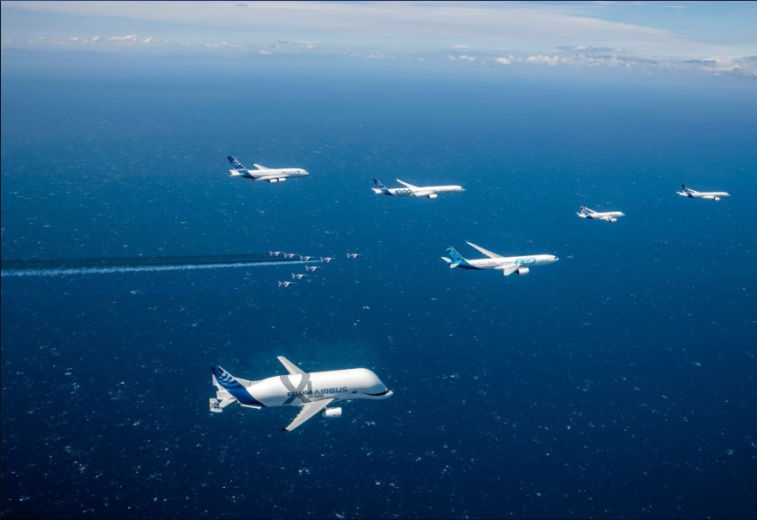 Airbus celebrated on 29th May their 50th anniversary with a spectacular formation flight of their main in-production commercial aircraft families alongside the Patrouille de France display team. This included the A220 (formerly the Bombardier C Series), A319neo, A330neo, A350XWB, A380 and the Beluga X heavy transporter aircraft, which carries major aerostructures such as wings from the manufacturer’s facilities in each country to final assembly. Building upon the Anglo-French collaboration that saw the first flight of Concorde in 1969, that very year France, Germany, Spain and the United Kingdom formed Airbus, launching the A300 which was the industry’s first twin engined, widebody airliner and the basic fuselage design of which can still be seen in today’s A330neo. 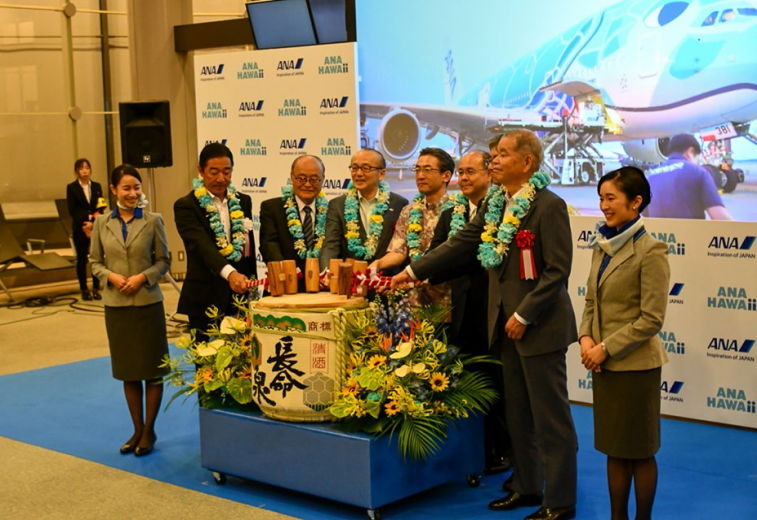 ANA turned heads this week with the launch of A380 services between Tokyo Narita and Honolulu on 24th May. The 520-seat aircraft has been painted with an eye-catching turtle themed livery, with the Japanese carrier having received its second A380 this week and are expected to receive their third and final example later this year. Hawaii State Governor David Ige expressed his enthusiasm for the service at the launch, noting that “this day was four years in the making as we partnered with ANA to improve their service from Hawaii to Tokyo”. 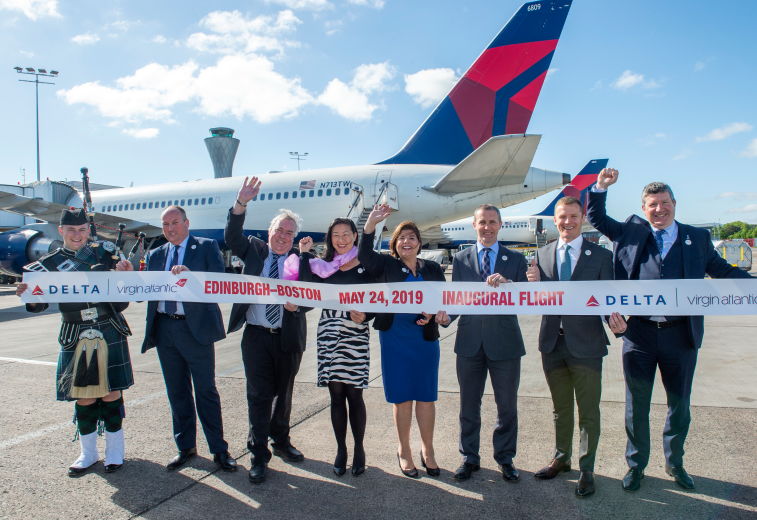 Delta expands transatlantic network from Boston and Tampa. The Skyteam carrier launched this week services from Boston to Edinburgh and Lisbon, alongside the airline’s first non stop transatlantic service from Tampa to Amsterdam. Speaking at the launch in Amsterdam, Corneel Koster, Delta’s SVP for Europe, Middle East, Africa and India stated: “Amsterdam, Edinburgh and Lisbon are thriving markets for Delta and now even more customers will be able to visit their favourite European destination nonstop from the U.S.” According to the carrier, their summer 2019 transatlantic route network spans some 31 destinations, with 92 daily flights. 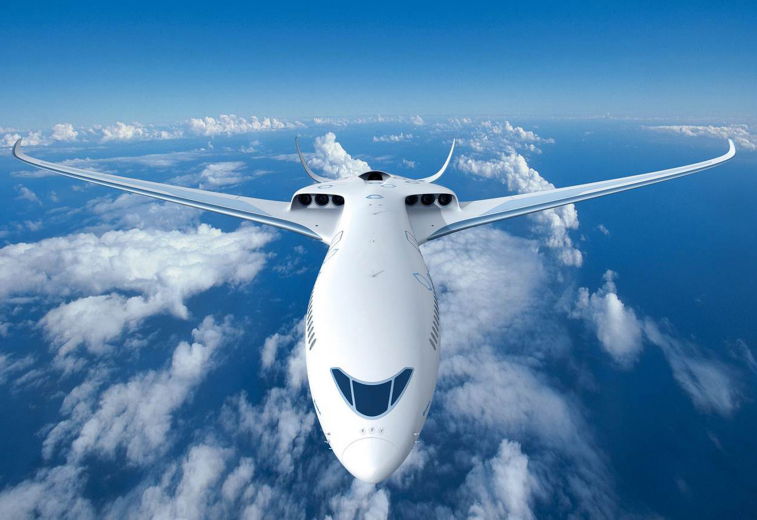 On 22 May, SAS Scandinavian Airlines and Airbus announced a partnership aimed at undertaking research into the future development of electric aircraft – pictured is Airbus’ recent “E-Thrust” hybrid aircraft concept. The partnership is expected to last until the end of 2020. This comes amidst rising fuel costs, political pressure as seen in the recent Extinction Rebellion protests in London, and IATA’s aim to reduce aviation’s net CO2 output to 50% of 2005 levels by 2050. Speaking at the launch of the partnership, Rickard Gustafson, CEO of SAS said: “We are proud of our ambitious sustainability work and are now pleased that Airbus has chosen SAS to partner up with us for this future project. If this becomes a reality, it will revolutionise emissions”. Also present at the launch was Grazia Vittadini, Airbus Chief Technology Officer, who stated “We are delighted to be embarking on this partnership with SAS…leveraging our respective expertise to explore the potential of hybrid-electric propulsion opportunities in our aviation eco-system.”