Five airports from around the world submitted FTWAs to anna.aero for judging in this week’s competition. With two entries coming in from the states, while the rest were made up of European airports, the team at anna.aero gave their verdict. Aviator or not, the range of images on offer is enough to bring out the critic within you.

This week proved difficult for the team at anna.aero with a common correlation between all images – a green landscape backdrop behind each FTWA. However, after much deliberation we decided that the rightful winner for this one had to be the Frontier Airlines Denver to Green Bay route which scored a respectable 31.7 out of 40. Congratulations to the airport fire staff for giving off an exceptional FTWA, while credit is also due to the photographer for capturing this image at the perfect moment. 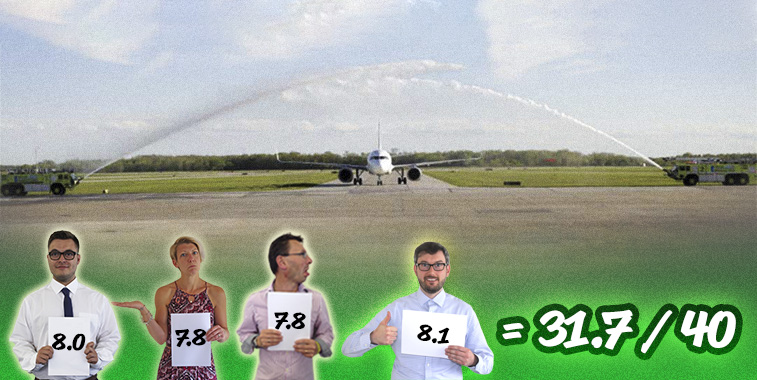 It’s a superb effort from the airport fire station at Green Bay!

Judges’ Comments: Perfectly aligned and giving off a great water arch salute as shown in this image are yellow highlighter coloured tenders at Green Bay Airport. The sunny weather makes the arrival of this Frontier A320 aircraft look visually impressive, while the angle of the image gives off a good symmetrical effect. We at anna.aero really like this image and would like to thank the photographer for capturing this at the perfect moment!

Flybe Guernsey to Liverpool 21 May 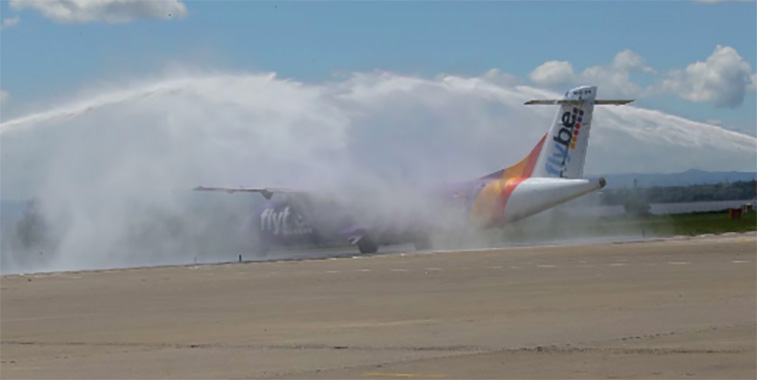 Now this is what I call a hot mess! So many things going wrong with this FTWA.

Judges’ Comments: We at anna.aero think that this FTWA could do with a little improvement. The angle of the image is not the best, while the fire tenders dousing the turboprop aircraft with water are completely out of sight for this one.

Qatar Airways Doha to Izmir 23 May 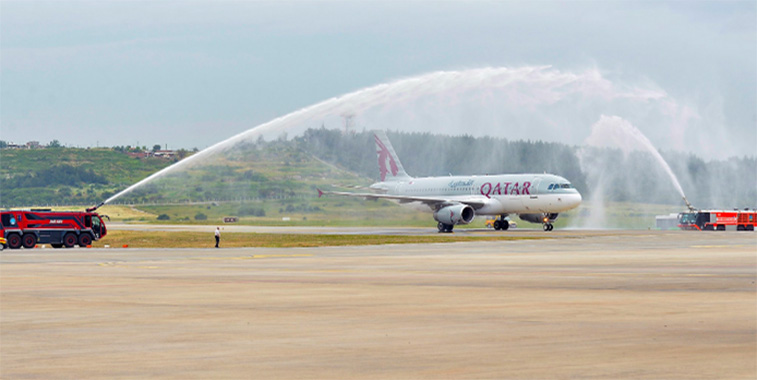 Judges’ Comments: Qatar Airways is known for its larger aircraft and iconic grey and burgundy themed A380. Izmir, however welcomed one the smallest aircraft from the Middle Eastern carrier’s extensive aircraft fleet. This A320 aircraft was welcomed by an unprepared pair of red tenders at Izmir Airport as it seems, while a random person can be seen making an appearance on the apron. Despite the photographers best efforts, we think this isn’t the best image or welcome for the Qatari flight.

Loganair City of Derry to Manchester 24 May 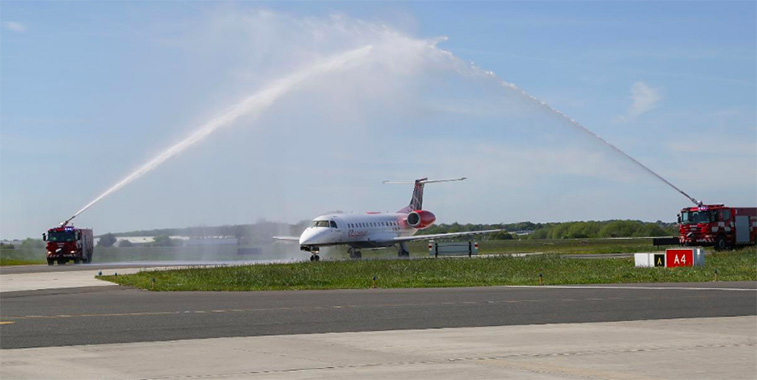 Loganair was welcomed with surprisingly (almost) clear skies and a lush green backdrop on its arrival into Manchester Airport this week. For those anna.aero readers living abroad, the beautiful weather in Manchester is a rare sight!

Judges’ Comments: It’s a great effort from the airport fire station staff at Manchester Airport. Both red tenders seem to be in equal distance of the Loganair aircraft and compliment the aircraft livery well. The weather is perfect, and both arches are of matching angles.

Lufthansa Munich to Biarritz 25 May 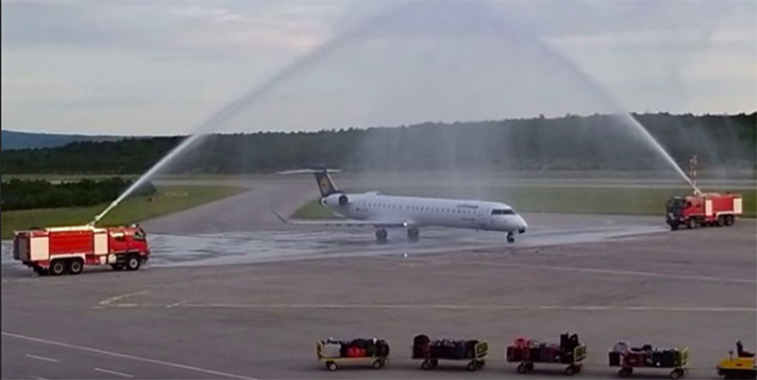 Arriving into the bleary seaside town of Biarritz in France, this 90-seat CRJ-900 was welcomed by two red fire tenders.

Judges’ Comments: Lufthansa was welcomed to the overcast town of Biarritz in France this week by two red fire tenders showering it with water. While this grainy image is a good attempt by the photographer, having captured a perfectly aligned FTWA, the baggage dollies seem to have photobombed the image through their uncanny appearance, otherwise this could have had the potential to gain a better overall score.