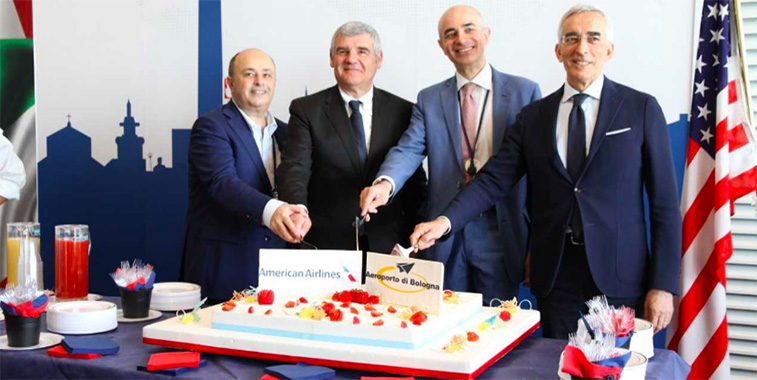 Celebrating the inaugural route launch between Philadelphia to Bologna Airport on 06 June were senior representatives from both American Airlines and Bologna Airport. Among those present to cut the cake was (from second-left) Angelo Camilletti, Sales Manager, American Airlines; Nazareno Ventola, CEO of AdB and Enrico Postacchini, President of AdB, 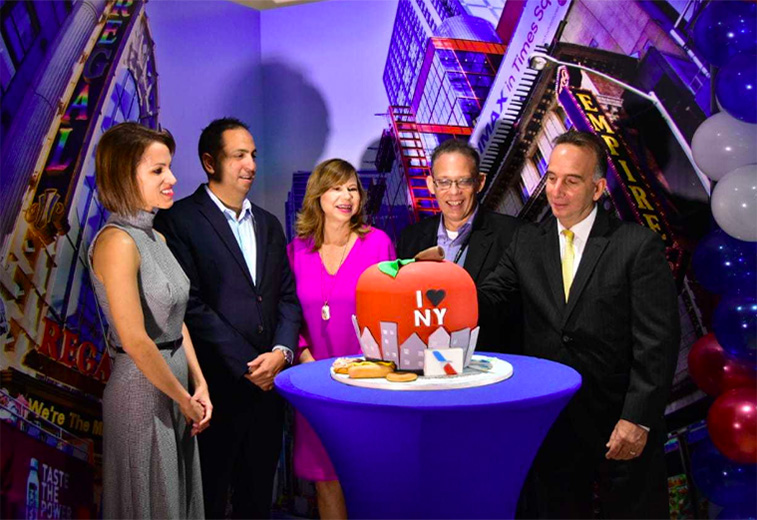