IndiGo jets off to Abu Dhabi from Delhi and Mumbai 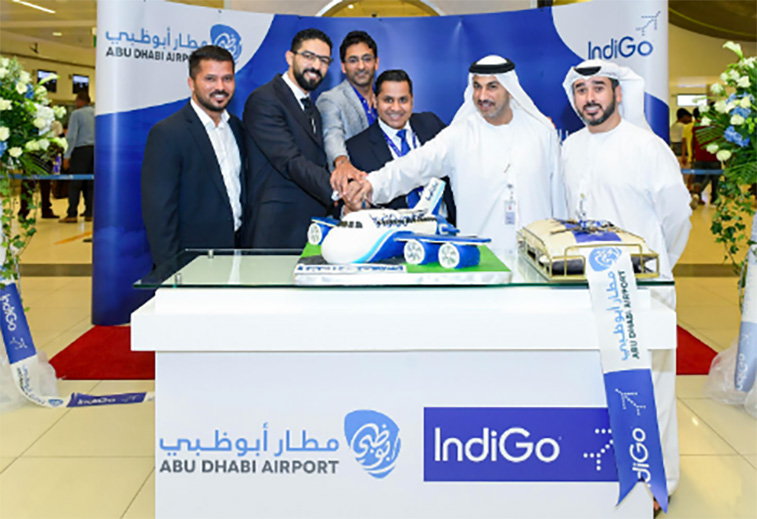 Indigo launched two new services between Delhi and Mumbai to Abu Dhabi on 05 June. To inaugurate the route, representatives of both IndiGo and Abu Dhabi Airport were present to cut the aircraft-themed cake. Among those present was (second from left) Khalil Lamrabet, Senior Vice President, Aviation Development, Abu Dhabi Airports.