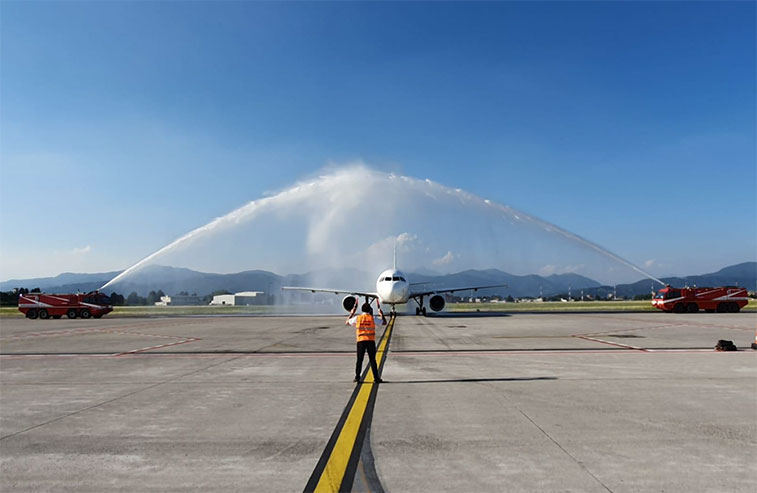 Milan Bergamo Airport welcomes the arrival of its latest new airline partner as TUIfly Belgium launches a new link to Casablanca, expanding the gateway’s connectivity to Morocco. The carrier, a subsidiary of the TUI Group, commenced a twice-weekly operation on Saturday to the African city, utilising the airline’s fleet of A320s and B737-family on the 2,007-kilometre sector.

“Casablanca is one of Africa’s most important cities, economically and demographically, so it’s good to see TUIfly Belgium recognise the possibilities and demand for such an additional link from Milan Bergamo and strengthening our African route network. It’s a pleasure to welcome a new partner to the airport, as well as its own extensive network now available to our passengers,” says Giacomo Cattaneo, Director of Commercial Aviation, SACBO.

“TUIfly is in good company and among another four new airlines joining Milan Bergamo this year as we continue on course for another record-breaking year in 2019,” adds Cattaneo.