Ted Christie, CEO of Spirit Airlines, was the keynote speaker at ACI-NA’s 2019 JumpStart network planning conference in Nashville where he announced the exciting news that Spirit would be launching its first services from Nashville later this year – to Baltimore, Las Vegas, Ft Lauderdale, Orlando and New Orleans. Later anna.aero took the opportunity to sit down with Christie and John Kirby, Spirit’s new Vice President of Network Planning, to discuss the new routes, alongside changes in customer experience. 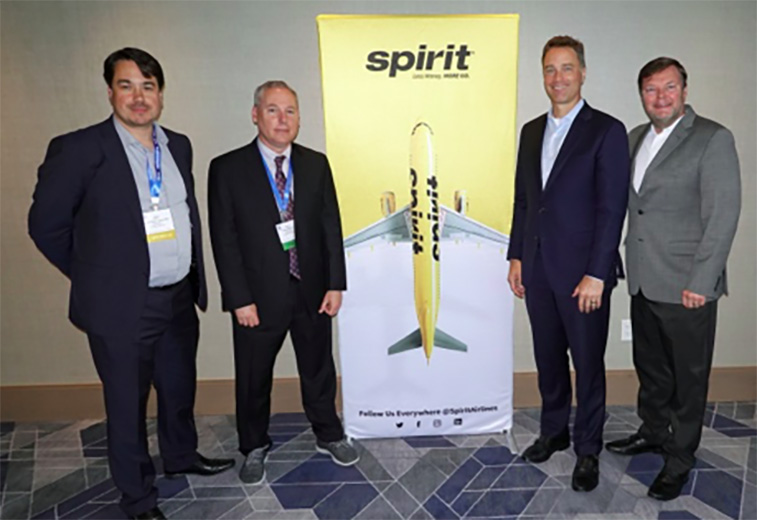 Fast-growing Spirit is promising to maintain its route expansion drive as additional aircraft on order and will move from its current fleet of 135 airplanes to 200 in 2021. Talking about the new aircraft order that Spirit is planning to finalise during the next several months while it is assumed that  Airbus has the upper-hand due to Spirit’s current all-Airbus narrow-body fleet, Boeing is still in the hunt for the order.

In terms of network growth, both Christie and Kirby believe that there are lots of opportunities for Spirit. “Market opportunities far exceed the cities we will launch over the next five years at this point,”. Access to facilities at both existing and potential new airports is a concern for Spirit and some decisions regarding new services have been driven by availability of real estate, especially gates. Kirby agrees: “These were markets that were in our plan, but we moved some things around based on the availability of airport assets.”

International services make up about 15% of Spirit’s total service today, and both executives see that proportion continuing to grow as Spirit’s fleet grows.

Christie also touched on improvements that ultra-low-cost Spirit has been making. “Spirit was very good at delivery low fares and low costs, but execution was spotty, in the past we had a poor on-time performance, now we are doing much better and are among the best in the industry.”