It is really hard to believe that KLM’s new Amsterdam to Las Vegas route was previously unlinked, or that flydubai is making its mark into Russia for the seventh time. anna.aero judges give their say on this week’s best fire truck water arches which celebrate both new air services, as well as fine fire fighting skills. 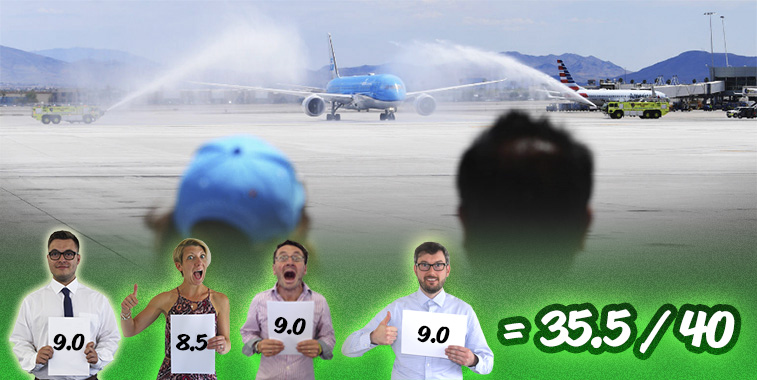 Judges’ Comments: The sun was shining and two yellow fire tenders were perfectly aligned awaiting the much anticipated arrival of KLM’s new 787-9 as it marched towards its gate at Las Vegas McCarran International Airport. Members from KLM can be seen at the carriers outstation in Las Vegas looking over as proud parents and we are in absolute awe of this one. A clear winner for this weeks FTWA. 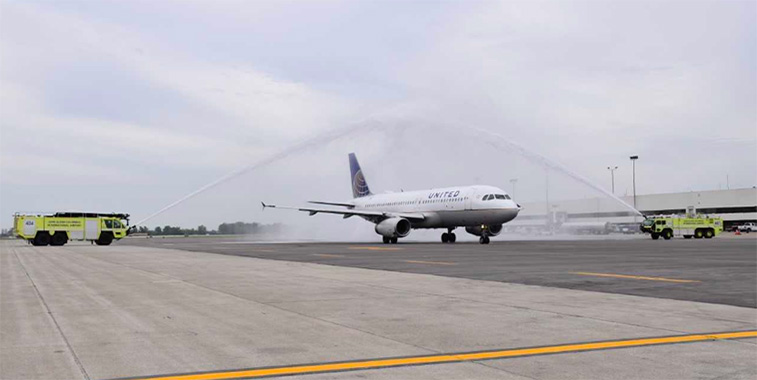 Judges’ Comments: Columbus International Airport officially kicked off its long-sought daily nonstop flights to San Francisco on 07 June. anna.aero’s judges were extremely happy to receive this entry, in which United was welcomed in true style with a truly epic A320 water arch salute. 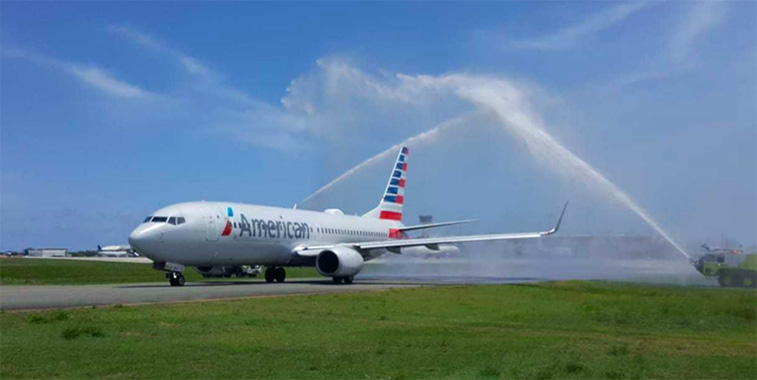 Judges’ Comments: Making its first appearance into the picturesque island of Santo Domingo Las Américas, was this beautiful metallic 737-800. While the angle of this image is great ,we think that if it was captured only a few moments earlier the full water arch salute would have been better visible. 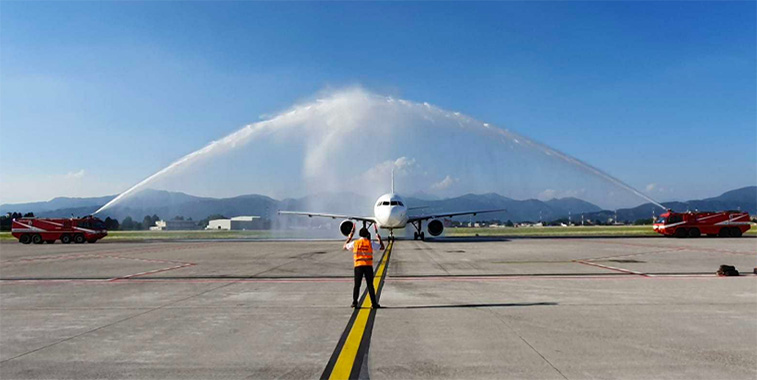 Arriving in the brisk summer weather: TUIfly Belgium from Casablanca.

Judges’ Comments: Perfectly aligned and giving off a great water arch salute as shown in this image are two tenders at Milan Bergamo Airport. The arrival of this aircraft makes it look visually impressive against the mountainous terrain. It also seems like the air marshaller wanted to make an appearance in this one. Keep up the good marshalling. A great entry from the airport team at Milan Bergamo. 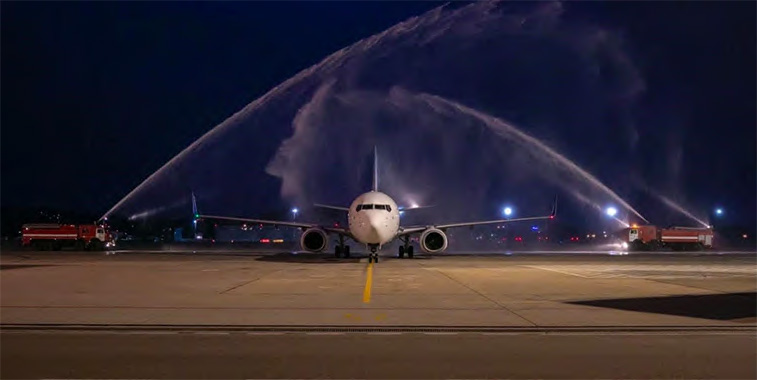 Making its first appearance into a serene Sochi evening.

Judges’ Comments: Did you know the flydubai is the only carrier to offer direct flights on this route from the UAE and the GCC? The 737 was met by Russian fire tenders spraying the aircraft and its beautiful winglets as it made its evening arrival. The image would have scored extra points if only it was captured when the water symmetry was visible, but a good effort overall.