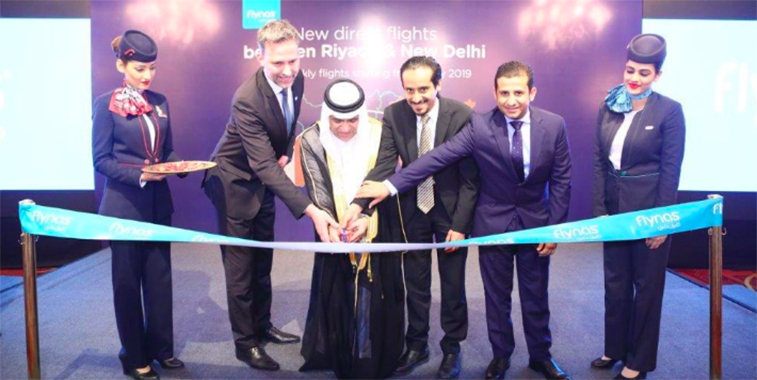 flynas launched direct flights between Riyadh and New Delhi on 01 July. To mark the occasion a ribbon cutting ceremony was conducted, with members from both flynas and New Delhi Airport. Stefan Magier (left), Senior Vice President of Commercial, flynas was also present.