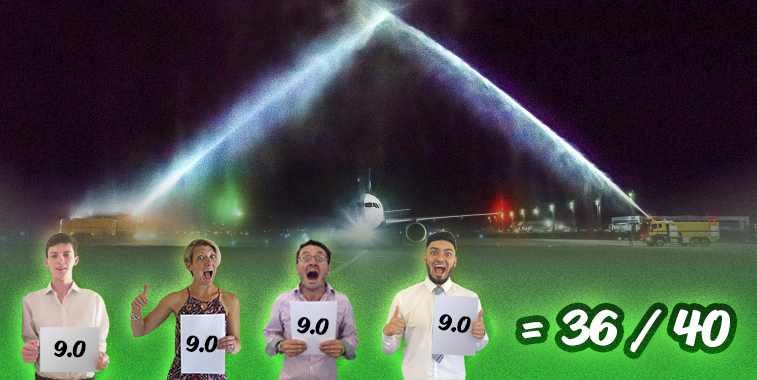 The team at Salvador Bahia produced this arch to remember for the launch of Azul’s year-round service to Sao Paulo Guarulhos on 01 July.

Judges’ comments: If Carlsberg did Fire Truck Water Arches, they’d probably…still not be as good as this week’s clear winner from Salvador Bahia. Whether it be the lighting, the precision of the arch itself, or the skills of the photographer, this entry is simply spectacular and a worthy champion. 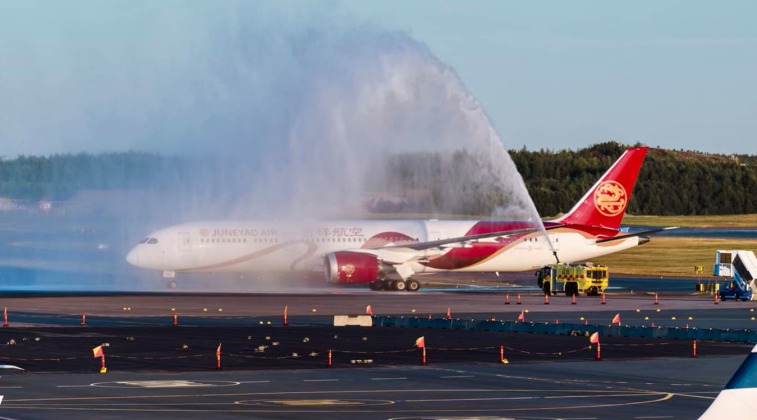 Juneyao Air’s inaugural flight from Shanghai arrives in Helsinki on 28 June. The route will operate daily during the summer season.

Judges’ comments: A solid, side-on perspective with a strong entry from the team at Helsinki Airport. A cheeky effort too from the Finnair aircraft in the bottom right thinking of photo-bombing proceedings. Sensibly, as new codeshare partners with Juneyao Air, they decided against it. 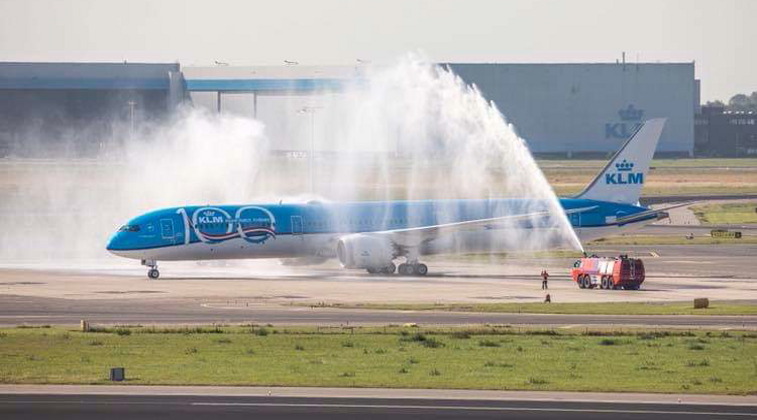 Judges’ comments: A different take from the team at Amsterdam Schiphol this week, with a striking water curtain rather than a traditional arch. Certainly, it more than makes up in quantity what it lacks in accuracy. Perhaps a new trend, then, in water arches? You heard it here first… 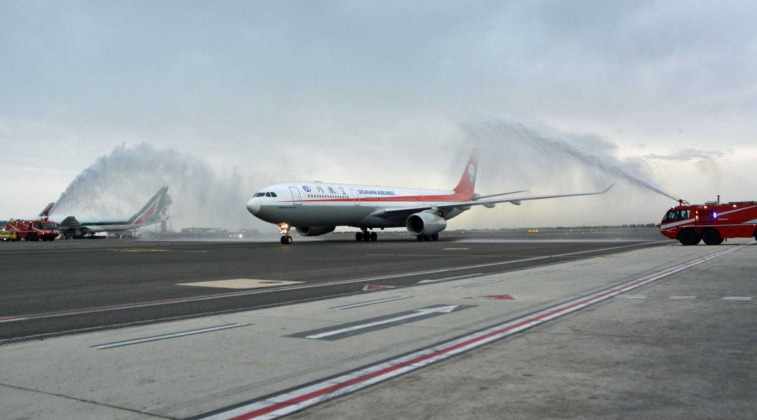 Judges’ comments: A zesty front-three quarter shot like Rome Fiumicino’s example here always does well in the photography stakes. While the aircraft and fire trucks are well framed in shot, the slightly diminished water arch does limit the final score.