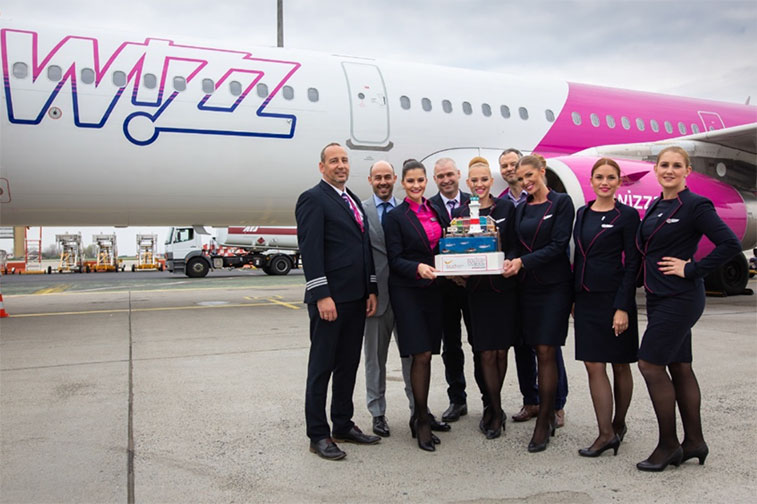 Taking its destination network from Budapest Airport to a total of 67, Wizz Air confirms the addition of a twice-weekly link to Kazan, the capital of the Republic of Tatarstan, alongside a significant frequency boost to the airport’s connection with Transylvania.

Following Wizz Air’s recently launched connection from Budapest Airport to Castellón, the home-based carrier has now announced another new destination – Kazan, Russia – from the Hungarian gateway, alongside a significant frequency increase of its established route to Târgu Mureș.

Less than a year after the recommencement of a direct service to Transylvania, Wizz Air has confirmed it will strengthen the airport’s link and increase its existing twice-weekly operation to daily.

As Budapest confirms the boost in frequency means it will offer close to 180,000 seats to Romania this winter, the airport also welcomes the news of an additional link to Russia – its third Russian destination – as Wizz Air’s service to Kazan joins operations to Moscow and St Petersburg. As of 30 October, Wizz Air will launch a twice-weekly flight to the capital of the Republic of Tatarstan in the southwest of the transcontinental country. With a 40% share of flights and seats across routes from Budapest to Russia during W19/20, Wizz Air’s latest operation sees Hungary’s capital city airport offer 120,000 seats to the federation during the upcoming season.

Budapest Airport considers both route developments important milestones. Jost Lammers, the CEO of Budapest Airport highlighted: “The Targu Mures flight shortens a six-hour drive to one hour, which is of key importance in strengthening relations between the Hungarians living in the Transylvania region and the mother country. The daily flight will provide fresh impetus in establishing closer business and cultural links, which Budapest Airport also supports. We are delighted with the launch of the new flight to Tatarstan as well, since Kazan has become the third Russian destination besides Moscow and Saint Petersburg which is accessible directly from Budapest, providing new opportunities in developing trade connections.”