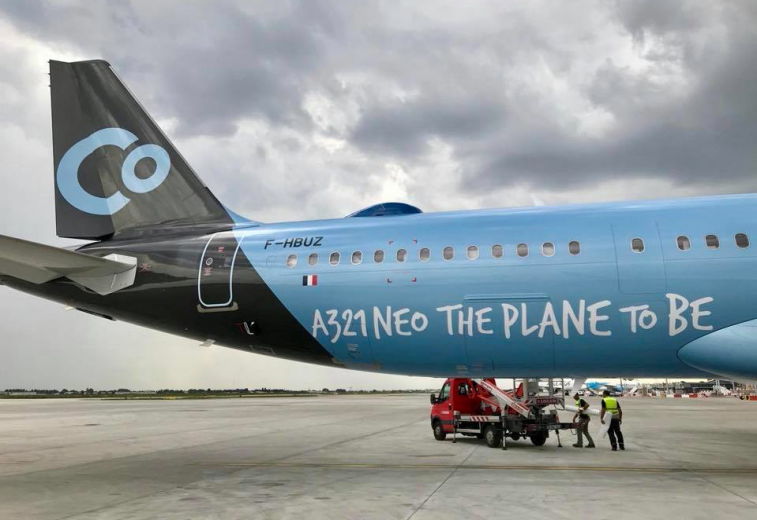 La Compagnie’s new A321neoLR sits on stand complete with the slogan “The Plane to Be”. Since 06 June, the all-business class carrier has operated the aircraft in tandem with its existing Boeing 757-200 aircraft on the Paris Orly – Newark route.

In Europe, there have been several attempts at launching an all-business class carrier. Eos, Maxjet and Silverjet all tried and failed within the early 2000s. BA, having launched a double daily all business class A318 services between London City and New York JFK in 2009, has halved the number of frequencies citing poor load factors. La Compagnie has remained consistent since launching in 2014, initially with services from Paris CDG to New York Newark, before expanding to London Luton until the carrier ceased the route citing the economic shock behind Brexit. 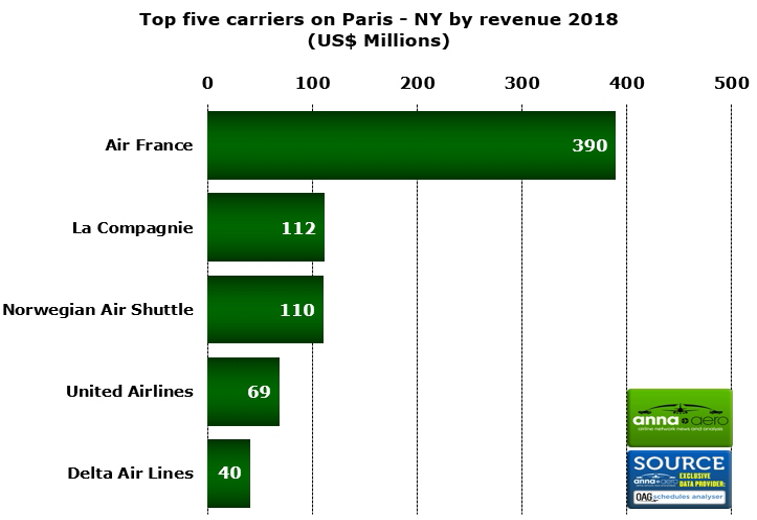 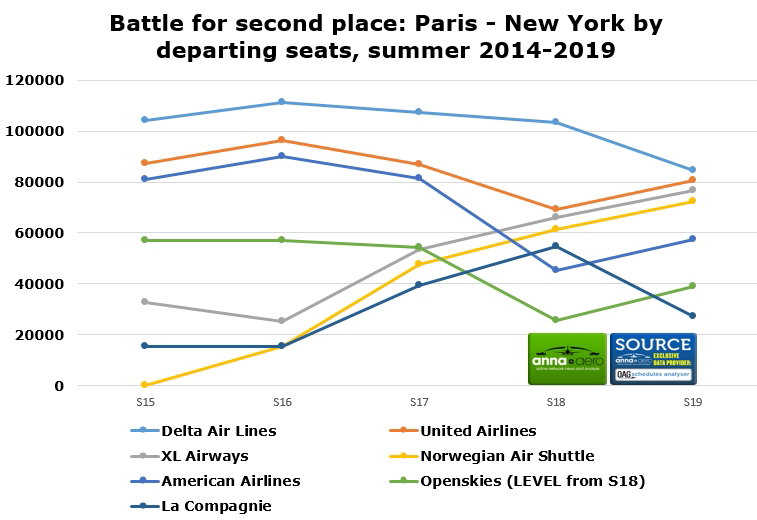 Despite the relatively small fleet, the carrier has grown capacity significantly on its core Paris Orly to Newark service, from 15,540 departing seats in S14 to 54,612 in S18. The XL Airways group is now the second largest player on the Paris – New York market, offering 103,698 seats in S19 with XL Airways operating from Paris Charles de Gaulle and La Compagnie Paris Orly. The premium carrier has seen the introduction of a third daily service on Tuesdays and Wednesdays, with a total of 15 frequencies being offered a week, up two on S18. The carrier from S19 offers a four times weekly service from Nice to Newark, which has had an impact on available seats from Paris due to the need to redeploy an aircraft to Nice. 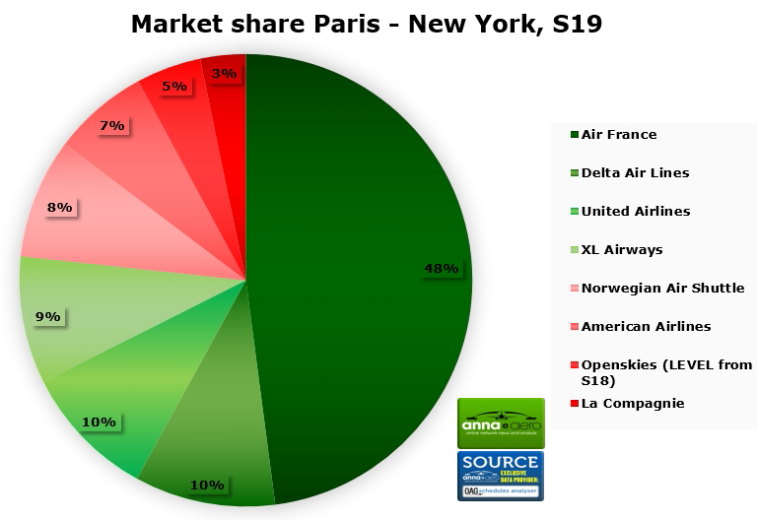 The question of profitability for such a low capacity, high unit cost business model must be posed. British Airways has struggled with its London City – New York JFK service, halving frequencies amidst poor load factors, and the US Big Three (American, Delta and United) have also cut secondary routes such as Birmingham and Newcastle to New York, struggling to make a profit with relatively low capacity, high unit cost Boeing 757-200s, amidst fluctuating oil prices. La Compagnie also operates 757s, but with half the seat count of a typical long haul 757 configuration (74 vs a typical 160), raising the question of whether it can successfully make at least double the revenue per seat of the US Big Three’s services to break even or even become profitable. In addition, La Compagnie’s business model is about undercutting the competition – advertising fares 30-50% lower than competitors; indeed undercutting Delta, Air France and United’s premium economy fare and full business fares as shown below. 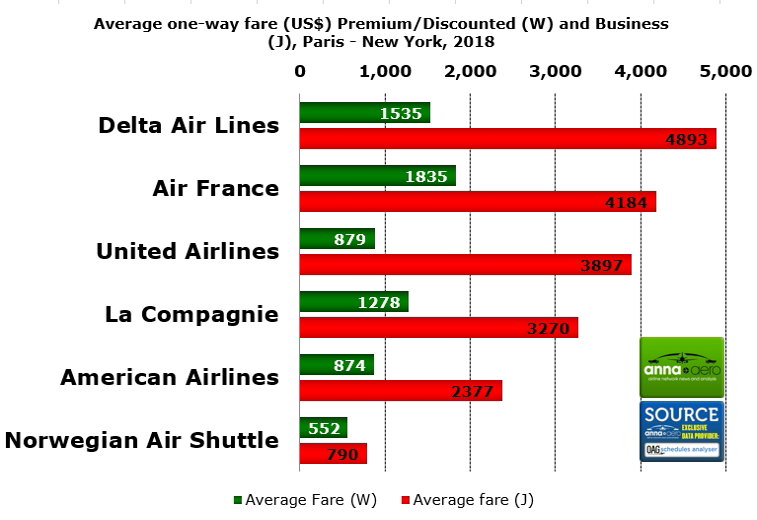 The carrier’s recent Airbus A321LR delivery promises to be a game changer for the carrier, offering 30% lower fuel burn per seat than older B757 aircraft, which could be key in continuing to offer a differentiated, private jet style business class product with aggressive pricing but improved yield performance. With the A321XLR being announced at 2019’s Paris Airshow with a range 15% higher than even that of the A321LR, the opportunity for sustainable growth into more premium transatlantic markets is certainly there for La Compagnie and others such as JetBlue in years to come.