Taking place on Saturday 31 August 2019, the Budapest Airport-anna.aero Runway Run – a 5 and 10km race – is the air transport industry’s premier charity-sportive event. “Watch out Budapest, we’re coming back and we’re all set to defend the title of “Fastest Airline in the World,” declares 2014, 2016 and 2018 winners Aer Lingus.

With just over a month to go, Aer Lingus is either feeling confident enough, or just fancies a bit of healthy competition, and confirms the IAG airline’s return to the Budapest Airport-anna.aero Runway Run with a 15-strong team ready to defend its winning status. Claiming a hat-trick and walking away with the title of ‘Fastest Airline in the World’ for a third time last year, the Irish carrier is getting set to soar past runners from Air France, American Airlines, Czech Airlines, Emirates, KLM, Korean Air, LOT Polish Airlines, Norwegian, Qatar Airways, SWISS and Wizz Air, and invites any other airline from around the world to join them on the start line.

Aer Lingus’ Running Team Captain and Transatlantic Revenue Manager, Wayne Forde declares: “As defending champions we couldn’t be more stoked about getting the chance to win the ‘Fastest Airline in the World’ title for the fourth time. After extremely careful evaluation of our squad selection over a couple of beverages, we’ve assembled a team right for the occasion, but more importantly those that are keen to get involved in this very worthy charitable race. A number of new recruits have been added this year for strength and speed but also to balance out the average age from the old-timers. It’s been a hectic year at Aer Lingus between new route launches and the impending arrival of new A321LR aircraft, but right up there in the big events for us has to be the annual pilgrimage to Budapest for the Runway Run. We can’t wait to see you all there.”

Think you can challenge Aer Lingus? Click here to sign up for the Budapest Airport-anna.aero Runway Run 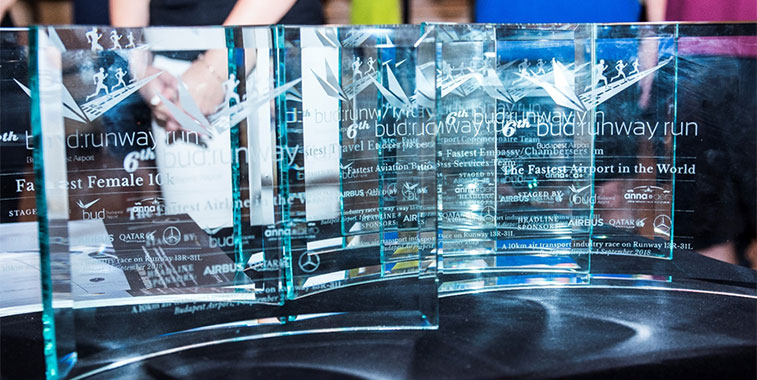 A reminder of all the reigning champions from 2018: