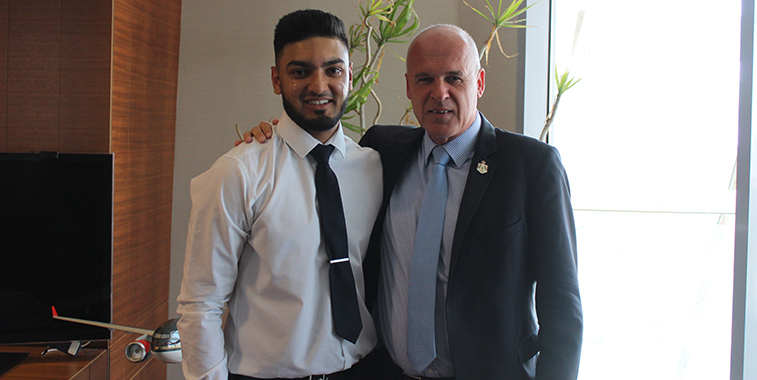 anna.aero’s Mohammad Bhimani meets Royal Jordanian CEO Stefan Pichler for an interview earlier this month, in which the two of them discussed the carrier’s current status, future plans, and a brief revelation on marathon running. 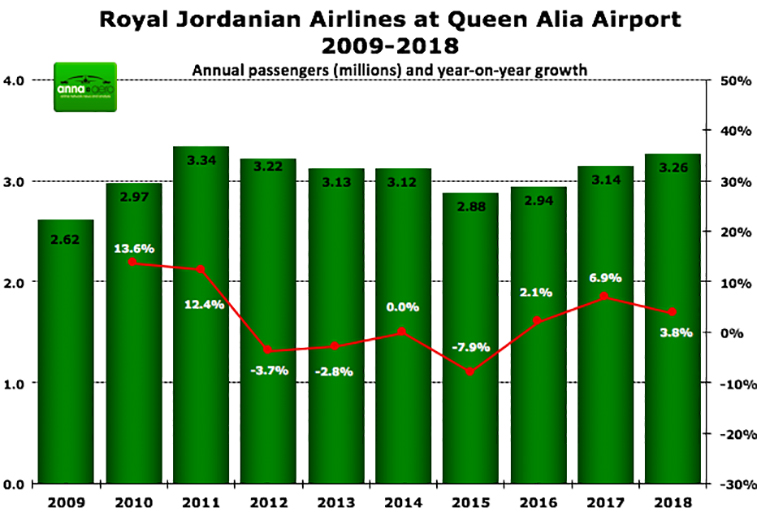 A decade in review

The last decade for Royal Jordanian has been a mixture of peaks and troughs as the graph above illustrates. The highest ever seat-capacity reported from Queen Alia International Airport is 3.3 million passengers in 2011, was also the highest increase within the last decade with figures reaching 12.4% from the previous year. Despite a turbulent decade with capacity dropping its lowest in 2015 at 2.8 million passengers, the last four years have brought some positivity with an upward trend in passenger numbers which is showing no signs of stopping.

Royal Jordanian is the only major Middle Eastern carrier serving Israel. It began to put into place a new strategy at the end of 2002 which saw the airline concentrate on its neighbouring nations in the Levant, with increased frequencies. In a plan to establish itself as the Middle East’s “regional airline” it began to add smaller routes such as Alexandria in Egypt to Aleppo in Syria which the bigger airlines, such as Emirates or Qatar would not undertake given their fleet strategy in comparison to Royal Jordanian’s smaller regional jets. When 2008 came to an end, this strategy had proven successful with a high market share in the region, however competition had intensified with EgyptAir and Middle East Airlines, with both carriers beginning to show signs of growth.

Royal Jordanian also stood out as the last major Middle Eastern carrier to serve Aleppo and Damascus, suspending services in 2012. The Oneworld carrier has expressed its desire to reconnect Syria, but only once the security situation in the country has stabilised to an extent that commercial passenger flights can be safely operated. anna.aero spoke to Pichler to discuss this who enthused that appropriate security assessments would be carried out prior to the resumption of flights which will soon be underway.

Connecting traffic grows 42.6%, Amman to be the Middle East’s next Dubai?

Outside of the Middle East region, Royal Jordanian has an extensive European route network and serves four destinations in North America: Chicago, Detroit, Montreal and New York. A glance at the carrier’s route map in 2019 reveals an increased focus on connecting traffic, with regional routes better linking with long haul services to Asia, Europe and North America. Connecting traffic has grown 42.6% in the last year at the carrier’s Amman hub, according to CEO Stefan Pichler in our recent interview, in order to better connect the region with the world and provide a strong competitive response to the growing number of LCCs. With such success in growing the Amman hub, the carrier’s steady improvement in profitability, and the impending news regarding the carrier’s future fleet, Royal Jordanian may become one of the largest Middle Eastern carriers sooner than we expect.