British Airways teamed up with the Red Arrows on July 20 to produce a flypast to remember ahead of the oneworld carrier’s centenary later this year. The airline brought a BOAC-liveried Boeing 747-400 to the Royal International Air Tattoo, where it formed up with the RAF aerobatic team to produce these stunning scenes. Squadron Leader and “Red 1” Martin Pert said of the occasion: “Flying alongside this British Airways Boeing 747 is an incredibly memorable moment for our pilots and those watching on the ground. The Royal Air Force’s own centenary celebrations – marked a year ago – demonstrated the importance of using these high-profile occasions to inspire the next generation and we hope this flypast did exactly that. It was a truly best of British flypast.” The flypast comes at an exciting time for BA, with the oneworld carrier having also welcomed its first Airbus A350-1000 to the fleet a week later on Saturday 27 July. 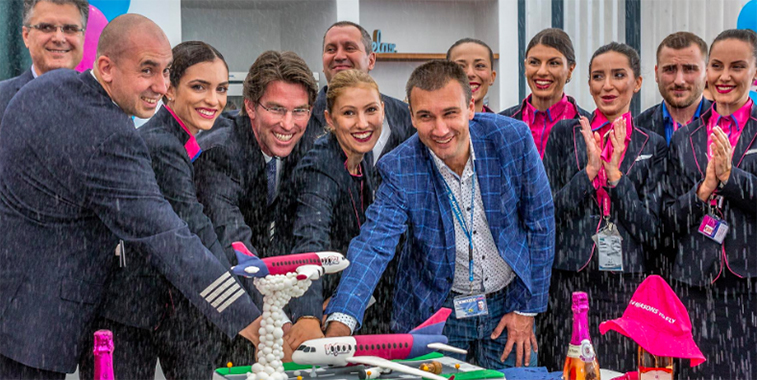 Wizz Air celebrated the launch of six new routes to Paris, Liverpool, Berlin, Cologne, Hamburg and Copenhagen, and a second Wizz aircraft based at Varna Airport. This has enabled the total number of Wizz Air destinations from Varna to reach 14. 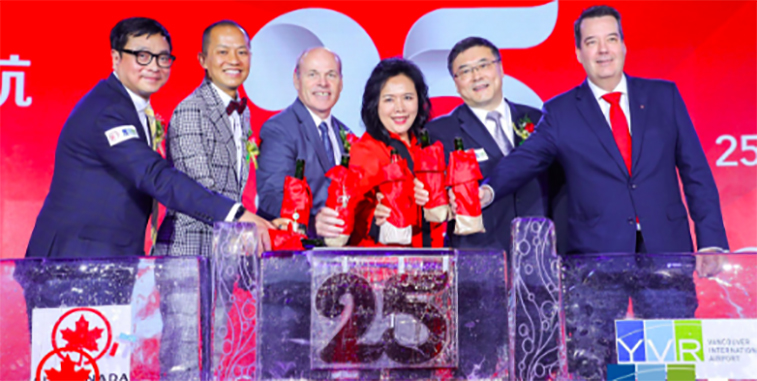 Air Canada celebrated 25 years of serving the Vancouver to Beijing route. The 25th anniversary celebration was held at The Westin Hotel in Beijing, in which over 150 guests, government officials and tourism board partners attended the reception. The Star Alliance member is proud to connect China and Canada over the past 25 years.

Frontier Airlines announced on 23 July the quadrupling of its Miami International Airport route offering. The Indigo Partners-owned ultra-low-cost carrier will add six new destinations and a total of 28 additional weekly flights in W19 from the Florida hub. These include Hartford/Springfield and San Juan (3WF), Detroit (four times daily), along with daily services to New York LaGuardia and Chicago O’Hare. Regarding the launch, MIA Director & CEO Lester Sola said: “We are proud to count Frontier among our busiest airlines, and we look forward to welcoming their additional expansion to more destinations this fall, including three routes previously not served by Frontier at MIA.” Daniel Shurz, SVP Commercial at Frontier Airlines, added: “We’re excited to continue our growth in Miami with the only ultra-low-cost, non-stop flights to four new cities. South Florida is known for its unique culture, beaches and world-class dining, and these new affordable flights will make it possible for even more people to take a vacation to this vibrant area.”

EVA Air will add its first new European service in 20 years next year with a four times weekly Milan Malpensa service. Andrea Tucci, VP Aviation, said: “Adding a top-quality carrier like EVA Air to our airline roll call at Malpensa is a real coup for us…we expect many travellers on the route to fly point-to-point between Taipei and Milan, but we also anticipate significant volumes of passengers and cargo transfer traffic on EVA Air’s network of 31 points in Asia, 18 in China, and Brisbane in Australia.” According to OAG Schedules Analyser, the 9,617-kilometre route is expected to launch on 18 February, using the Star Alliance carrier’s 353-seat 777-300ERs in a three-class configuration.