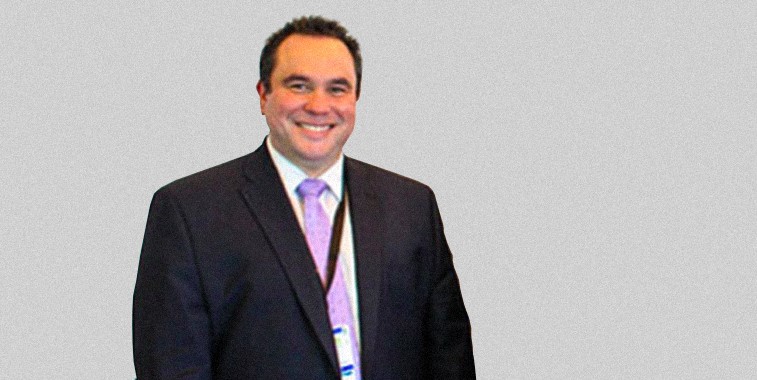 Brisbane Airport Corporation (BAC) is pleased to announce the appointment of Carl Jones to the position of Head of Aviation Development from mid-September 2019. Carl is an experienced and driven aviation executive with 13 years in Airport Management, specialising in air service development, destination marketing, strategy, and stakeholder management. Hailing from Vancouver Airport in Canada where, in his role as Director Air Service Development, Carl drove air service development strategy and delivered record breaking growth over the last 5 years. Carl is no stranger to Australia. Prior to his time in Vancouver, he was Head of Airline Business Development at Melbourne Airport and Tourism Victoria where he also oversaw record breaking passenger growth.

Wizz Air this week announced the launch of services from Edinburgh from winter 2019. The Hungarian low cost carrier will serve Gdansk (days 2,4,6); Warsaw (days 1,3,5,7); Budapest (days 2,4,6) and Bucharest (days 2,5) from the Scottish capital. Gordon Dewar, CEO Edinburgh Airport, said of the launch: “We are delighted to be welcoming Wizz Air to Edinburgh…we know there is a large Polish diaspora within our neighbouring communities in Edinburgh, the Lothians and Fife, but we also know people in Scotland have a thirst for travel so having Wizz onboard at Edinburgh is very exciting for us.” Owain Jones, MD Wizz Air UK, added: “I am pleased to be able to bring Wizz Air’s low-fare network and pleasant flying experience to passengers travelling from Edinburgh Airport. Expansion of our Scottish routes is a natural next step for Wizz Air in the UK, taking advantage of the growth opportunities in Europe’s largest travel market.” 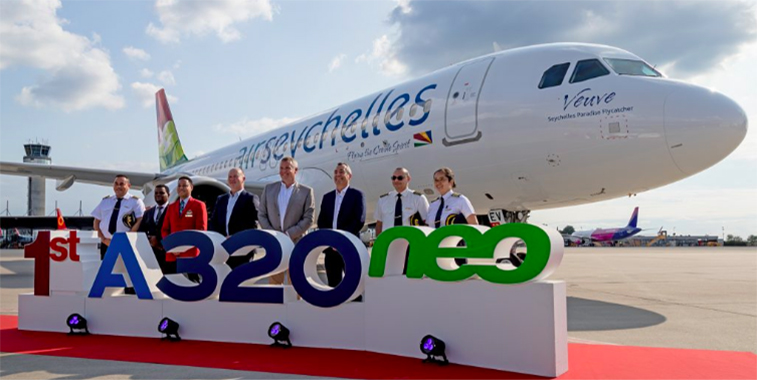 Air Seychelles took delivery of its first Airbus A320neo on 1 August. The airline has officially become the first African carrier to operate the next-generation A320 variant. According to OAG Analyser, the aircraft will initially be deployed on regional Southern African routes including Johannesburg and Mauritius, and longer-range destinations including Mumbai and Tel Aviv. British Airways launched Airbus A350 operations on 05 August between London Heathrow and Madrid. Commenting on the successful launch, Alex Cruz, Chairman and CEO, British Airways, said he hopes the new plane and suite will help propel the company up the Skytrax World Airline Award list in 2020. From September, the 331-seat aircraft will commence long haul services to Dubai, followed by Toronto, Tel Aviv and Bangalore later in the year. 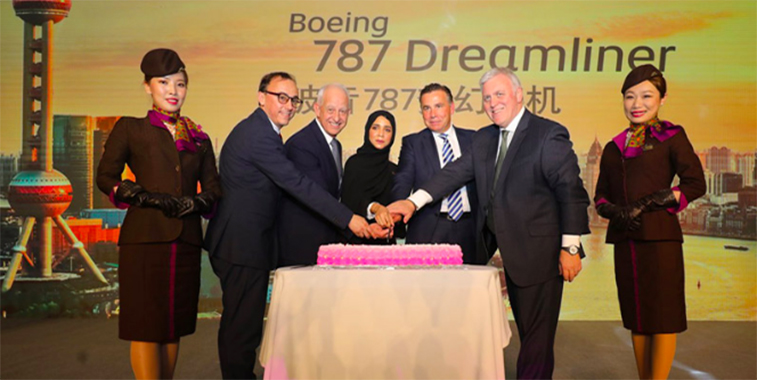 Etihad Airways celebrated the deployment of the Boeing 787-10 Dreamliner on its daily scheduled services to Shanghai by hosting an ‘Abu Dhabi Night’ reception, at the Bellagio Shanghai. The event was attended by leading figures from the UAE and local government officials, diplomats, corporate partners, members of the travel industry and social influencers from the two countries. Robin Kamark, Etihad Aviation Group Chief Commercial Officer, said: “Since the launch of our flights between Shanghai and Abu Dhabi in 2012, we have witnessed huge growth in China’s outbound tourism market and experienced strong demand from both business and leisure travellers.”

Hilton Head Island Airport, SC this week announced a remarkable 225% increase in passenger numbers in 1H 2019 compared with the same period in 2018. Over 96,000 passengers passed through the airport’s doors, with the launch of Delta (pictured) and United services from the airport helping to boost numbers. Airport Director Jon Rembold commented on the news: “The growth we’re seeing at the airport goes to show how necessary these new flights were. Whereas in the past, passengers had to often fly into an airport outside of the county and then drive, our new service options on American, United and Delta, allow passengers to fly into or out of Hilton Head Island Airport and truly start their vacation upon arriving. It’s a win-win for all of us.” Hilton Head Island Mayor John McCann added: “With 100s of available one-stop connections through the combined seven hub cities served (4 seasonal; 3 year-round), getting to Hilton Head Island has never been easier and travellers are embracing it.”