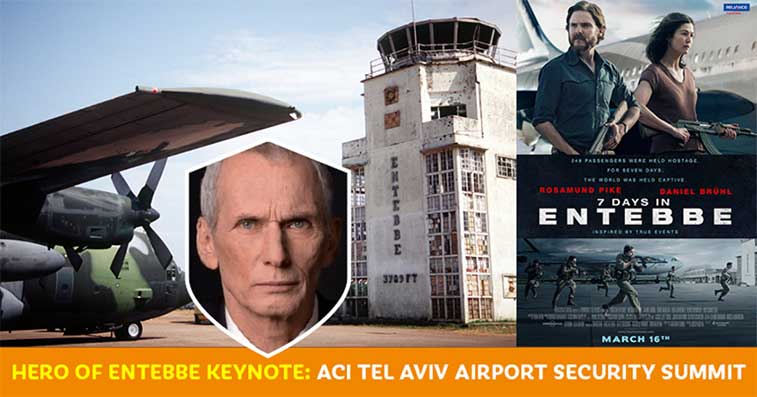 Anyone under the age of 45 takes airport security for granted. But there was a time up until the early-1970s that catching a plane wasn’t much different to catching a train; indeed, universal passenger screening wasn’t even a mandatory FAA requirement until 1973.

The 1976 Air France hijacking, which ended in the breathtakingly audacious Israeli Entebbe Raid and hostage rescue in Uganda, still stands as a vivid reminder of why air transport remains a prominent terrorist threat that we must all live and work with every day, everywhere. It affects every journey, every air transport job and, if nothing else, costs a lot of money; it especially impacts the viability of regional airports.

One of the leaders of the Entebbe Raid, and a former commander of Israeli special forces, Colonel Omer Bar-Lev, will make a special keynote speech about this at the ACI EUROPE Security Summit hosted by Israel Airports Authority 17-19 September 2019. Bar-Lev, who became an MP and security spokesman for the Labor Party, believes engagement is critical to reducing the cycle of violence which has made aviation a central target for terrorism. Despite his profound combat experience, Bar-Lev recognises the limitations of force, and certainly knows a thing or two about engagement having taken part in the negotiations with the Palestinians that led to the Gaza-Jericho Agreement, and the Israel-Jordan peace treaty.

Despite the passage of time the resonance of Entebbe continues: the rescue is known today as “Operation Jonathan” in memory of Jonathan Netanyahu, one of its leaders who was fatally wounded in the attack, and brother of the current Israeli Prime Minister.

From the same Prime Minister’s office, Eytan Ben-David, National Security Advisor, is one of 30 other top speakers drawn from Israel, including experts from El Al, Israel Airports Authority and several other leading Israeli tech and security companies, along with speakers from all the major European airports, the European Commission, Airpol, and the TSA.