SAS has announced its first three routes from the new Scandinavian Mountains Airport, which is set to open on 22 December, and comes as the airline also announced twice-weekly flights between Stavanger and Manchester from 8 November. The facility, serving the popular skiing region of Sälen/Trysil, will be connected to London Heathrow weekly from 28 December, along with Copenhagen (twice-weekly) and Aalborg (weekly) from the 29th. According to SAS, the routes will be operated by the carrier’s 180-seat A320neo aircraft.
Karl Sandlund, EVP Commercial, SAS, said: “We are delighted that SAS is able to offer the first international flights to the new airport. Short journey times, attractive timetables, combined with fantastic opportunities for skiing and other winter activities are what people are looking for. We are going to continue to develop our collaboration with SkiStar in order to improve the services we can offer our passengers and make it easier to enjoy the Scandinavian winter experience.”
Regarding the new Manchester route, Torbjørn Wist, Financial Director, SAS, added: “There is tremendous interest in English football and now SAS is creating additional opportunities for even more Norwegians to be able travel to see their favourite teams in action…we have been fascinated by Liverpool’s sporting success and the popular arrival of Ole Gunnar Solskjær at Manchester United, and this has inspired many Norwegians to travel to the matches.” 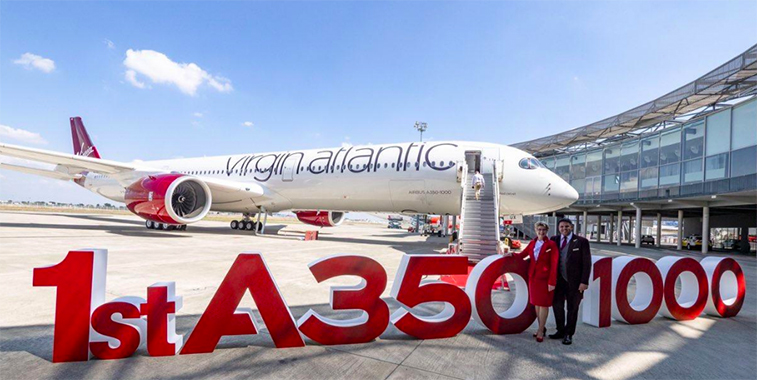 Virgin Atlantic has become the second UK airline in the space of a few weeks to take delivery of an Airbus A350-1000, with the formal handing over of its first aircraft in Toulouse. An enthusiastic Virgin PR team commented: “We are officially the proud owners of our first A350-1000, Red Velvet.” The aircraft is expected to launch on 10 September, between London Heathrow and New York JFK, increasing to four times daily on the route by November.
The airline also announced its 2020 flight schedule as part of the Delta joint venture, with Delta joining Virgin at Gatwick with a Boston service. Other new services include a Boston – Manchester flight, and both carriers increasing frequencies on their core Heathrow to JFK, Los Angeles and Seattle routes.

easyJet has announced the launch of services between Glasgow and Birmingham, as part of the carrier’s expansion at its Scottish hub with the addition of a fifth based aircraft. The route will be served 13 times per week from 29 March 2020, and will be operated year-round. Nick Barton, CEO Birmingham Airport, said: “This announcement is great news for travellers as it gives more capacity and choice between Birmingham and the popular city of Glasgow. easyJet is an incredibly strong brand that offers both great service and fares so I’m extremely pleased that the airline has chosen to expand its presence in the Midlands. We look forward to welcoming the additional 13 Glasgow services a week from March 2020.” 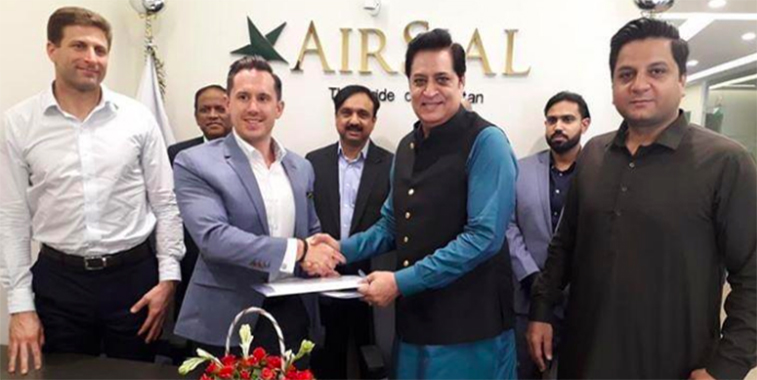 Air Sial, Pakistan’s newest airline, has signed a deal for three A320 aircraft. The Sialkot-based start up gained government approval earlier in 2019 to launch. The airline aims to offer services across Pakistan and the Middle East, and is expected to commence operations later in the year. 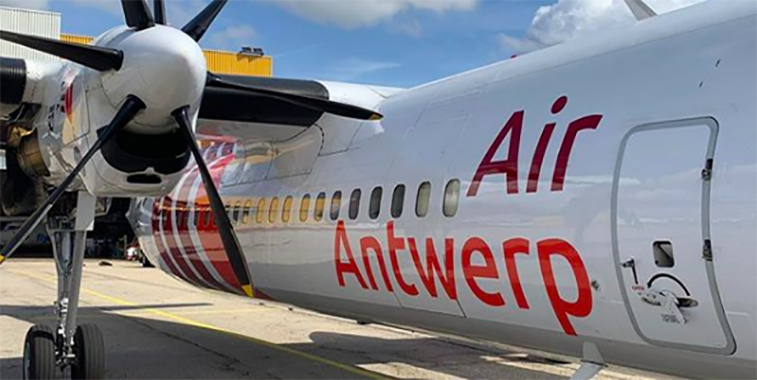 Air Antwerp will fly to London City Airport from Deurne starting on 09 September, the airline announced, after the Air Transport and Mobility departments granted it the required operating and flight permit. The new carrier has concluded an agreement with the Dutch airline KLM. It will run three return flights between Antwerp and London on weekdays and one on Sunday, using a Fokker 50, which has a capacity of 50 passengers.

Air Canada this week announced the first routes to be operated by their new Airbus A220-300. Launching in Spring 2020, the 137-seat aircraft will fly between Montreal and Seattle, as well as Toronto – San Jose, CA from 4 May. The Star Alliance carrier also unveiled its onboard product (pictured) – split between Business, Preferred (extra legroom economy) and Economy. Commenting on the news was Mark Galardo, VP Network Planning, Air Canada: “This aircraft is a game-changer for Air Canada as there is simply no rival in this category. The A220 will further strengthen our position on transborder and transcontinental markets and be instrumental in our continued growth…this includes strengthening our position in the Seattle market by providing yet another key link for business and leisure travellers with service from Montreal, complementing our existing non-stop service there from Toronto and Vancouver. And with our new Toronto–San Jose route, we are increasing our presence in the Bay Area, adding to our many flights into San Francisco in addition to our existing service to San Jose from Vancouver. Customers from Canada now have another gateway to the Bay Area and Silicon Valley.” 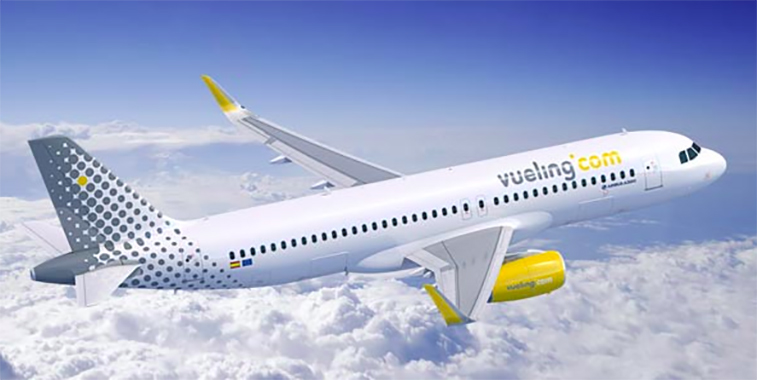 Vueling expanded its horizons this week by introducing more options for passengers to connect onto long haul services from its main European gateways. The new codeshare agreement with Hainan Airlines, Singapore Airlines, Air China and Etihad Airways will increase long-distance passenger traffic from Barcelona-El Prat, Rome-Fiumicino, and París-Orly, among other airports.